Behind the scenes of her new single, XO Girl, are years of iyah may’s journey to get where she is now.

While studying to become a doctor, the rising artist – formerly known as Mayah – took a leap into the deep to do what she loved. She hung up her stethoscope and moved to New York City on a student loan, hellbent on pursuing any possible musical connection she could.

Before making the leap, though, she was at a crossroads. It was during her first year as a registered medical doctor that iyah may began writing XO Girl, a track about sticking to your convictions.

“It was a time where I had a lot of growth and personal struggle,” she says, remembering the friends and colleagues who questioned her decision, and the family members who wondered if pursuing music was just a phase she’d come to regret. “I had to conquer some inner demons of self-doubt and back myself and follow what felt right.” Featuring a verse from up-and-coming Gold Coast rapper Saint Lane, XO Girl is an anthem for every woman who refuses to be a pleaser and appeaser.

The bold track is a testament to how iyah may grabbed hold of that energy to carry her through those years of external pressure. “There’s a lot of self-conviction and empowerment in the lyrics, which is how I felt when I was making it. I was learning a lot about confidence and believing in myself that year. And this song makes me feel like a boss.”

In 2020, she needed to draw from that deep well as the COVID-19 pandemic prompted an unplanned return to medicine, working in hospitals and virus clinics. The music she intended to make and release was put on pause and the drive that had propelled her so far slowed down, by necessity.  “Last year made me even more aware of how things really aren’t in our control – professionally or personally – no matter how much we push. I saw that not just with my life but everyone around me – patients, doctors I worked with, music industry friends.   I decided to let go and trust the process.” The result was an abundance of fresh gratitude and appreciation, and a mindset reflected in her name change.

“I have close personal connections to the name iyah.  It is a derivative of Mayah.  It’s also a word that some of my family has used for years as a common expression of emotion and may be used to encourage others in a heartfelt way.” In other words: the perfect analogue for the attitude that got her through 2020. “It signals a forward chapter in my life. ‘iyah’ represents a year of reflecting. It’s a collision of my two worlds of musical creativity and medicine during a pandemic.”

She’s no stranger to melding ideas, experiences and musical textures together to forge something original. iyah may’s sonic palette is one influenced by a formative soundtrack of artists including Lauryn Hill, Massive Attack and Moby. One of those, in particular, shone through in recent years: “One thing I really love about Lauryn Hill is the way that she speaks her truth. She’s authentic and she means it. Right now I’m also really into King Princess, Young Franco, Sza and Trials.”

No stranger to embedding tough realities into her music – her debut single Pray, released in 2019 as Mayah, was a track reflecting the social pressures that threaten to bring us down when we get too lost in the social media scroll – iyah may knows the power of music to bring feelings shimmering to the surface and soundtrack tough times. “XO Girl is drawn from being pulled in different directions and having trust in yourself. Sometimes that’s all that can get you through a year like the one we’ve just been through.” 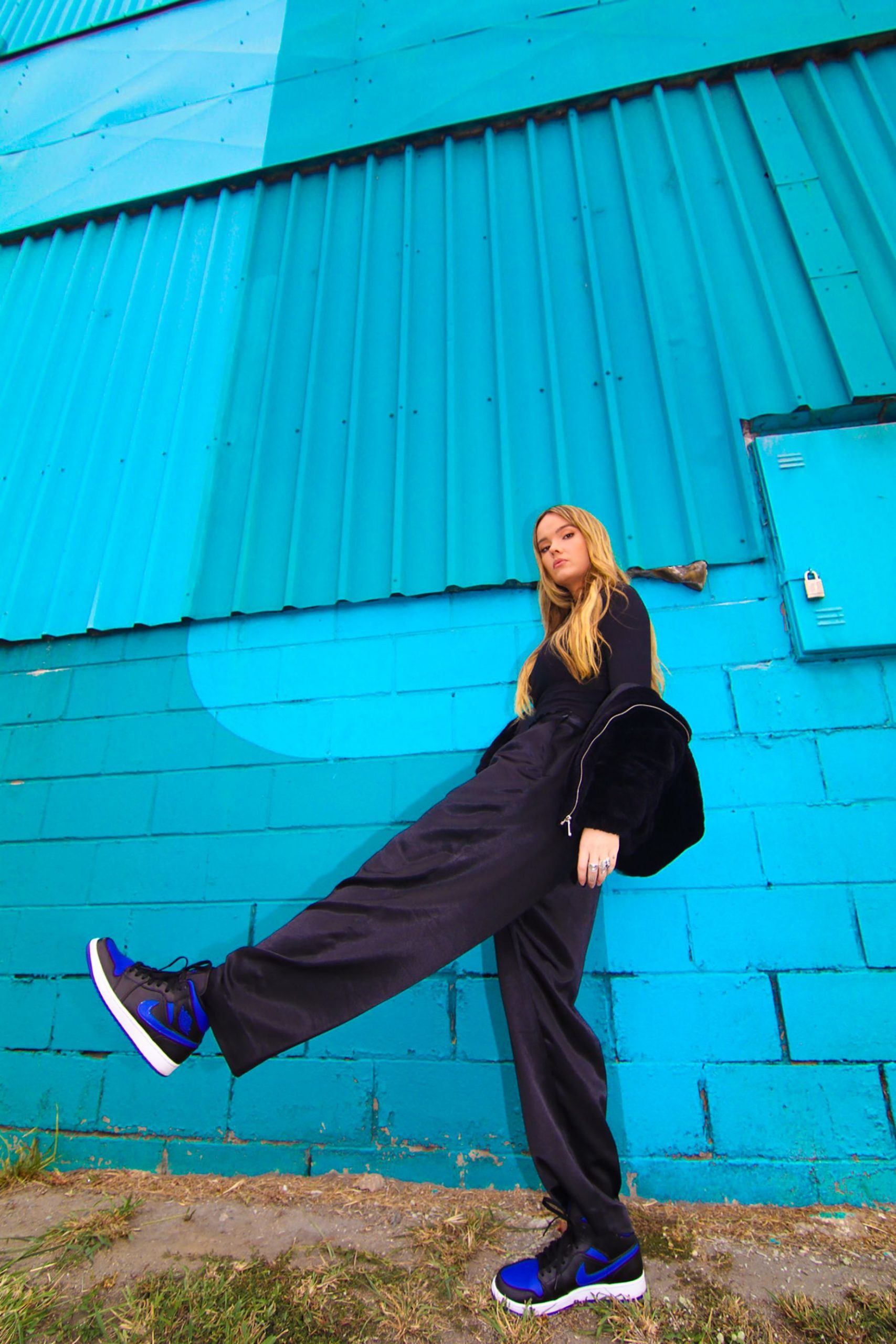