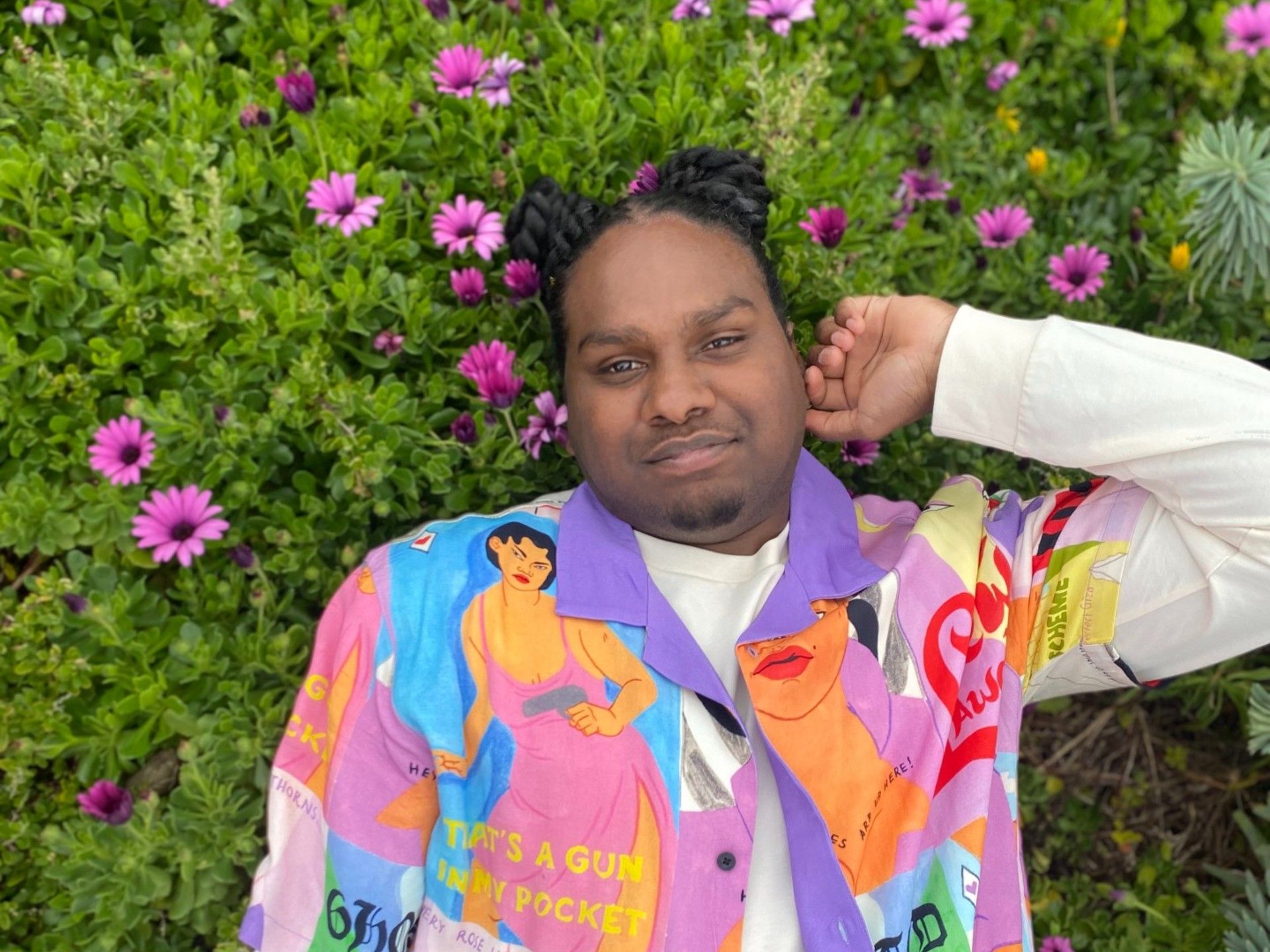 Gela. Say it out loud, say it with pride, with the honour and respect it deserves: GE-lah. You’ve met the bright-eyed, ferociously talented rapper Danzal Baker under a handful of names — the Fresh Prince of Arnhem Land, Baker Boy, the “proud blak Yolngu boy with the killer flow”. Now, he’s ready for you to meet him as Gela: his skin name, and one of the truest markers of his identity. Knowing himself well, knowing himself truly, and when his music can reflect that, there was only one obvious perfect choice for the title of Baker Boy’s first album: Gela.
“Gela is who I am,” Baker Boy says, “and it’s my story.”

Today, Baker Boy announces his long-awaited debut album, Gela, is set to arrive Friday October 15th, a blistering, joyful record that paints the young rapper more vividly than ever before.

The announcement arrives off the back of yesterday’s surprise release of his new single, ‘My Mind’. Premiering on triple j Drive, ‘My Mind’ fizzes with romantic joy and features the beloved talents of G Flip, a vanguard of Australia’s pop landscape who shares Baker Boy’s penchant for boundary-pushing smiling-inducing bangers.
Baker Boy says, “working with G Flip was a real privilege, we’ve known each other for a while through touring, but it was mad to see them in their element in the studio. G is a real talent, not only their voice, but their song writing is like no other! My Mind is a fun tribute to the incredible women in both of our lives, we’re both really lucky to have incredible support networks so really it’s a song for those people too!”

And the feeling is mutual, G Flip says, “I’ve always been a big fan of Danzal. We met on the festival circuit over the years and our time slots were always back to back, so we’ve had a lot of hang time and a lot of beer time together!! I’ve even jumped up and played drums on a track with him before so a song collab was always on the cards. We met up at the studio sometime in 2019 and ‘My Mind’ was written in a day, it’s a song about appreciating the beautiful women in our lives. 🏳️‍🌈 “

Gela has been winding and sometimes intense, with extreme ups and downs — though, Baker Boy admits, “more ups than downs.” Raised in Arnhem Land Baker Boy was first introduced to adoring fans in 2017, and has continued to establish himself as a deft, talented rapper, with charisma and verve inherited from the genre’s greats.

The Fresh Prince of Arnhem Land’s freewheeling joy was only one part of the story, though. Sudden fame released an internal struggle, between his ties to his community back home, and his love for his art and the inspiring figure Baker Boy was becoming. It’s a struggle undoubtedly familiar to anyone who’s moved from somewhere remote to the big city, but one uniquely heartbreaking for First Nations people who move from remote communities to more populated areas. Gela is the story of Baker Boy overcoming this conflict and coming to terms with himself both as Gela and as Baker Boy — an inspiration and beacon of light to his fans, his family, and, most of all, himself.

The record’s striking album artwork, by iconic street artist Adnate, is a perfect encapsulation of this concept, featuring a split portrait of Baker Boy. “I want people to see what my life is like, and where I come from,” Baker Boy says. “The journey from a remote community to living in the city and trying to adapt, and have that balance, is a lot of hard work, [but] it’s an amazing journey.”

True to that duality, Gela is a breathtaking portrait — a coming-of-age tale, a powerful political vessel, and a story of a variegated, fascinating life, all in one.

Pumped to finally be announcing Gela, Baker Boy teases what we can expect from his long awaited LP, “It feels like it has been a really long time in the making, but I’m glad I took my time because it is a much better body of work for it! ‘My Mind’ featuring G Flip, is a sign of the fun, party vibes that people expect from Baker Boy, but there are definitely some surprises on the album that I am most excited about people hearing!’ “

ABOUT BAKER BOY: Baker Boy was first introduced to adoring fans in 2017, with the one-two punch of debut singles ‘Cloud 9’ featuring Kian, and ‘Marryuna, featuring Yirrmal. The entirety of Baker Boy’s art, from his infectious flow to his music’s modern-throwback production to the jaw-dropping dance moves he perfected as part of the Djuki Mala dance troupe, connected instantly. With each successive release Baker Boy continued to establish himself as a deft, talented rapper, with charisma and verve inherited from the genre’s greats. His list of career accolades include APRA AMCOS Song of The Year Nomination for ‘Meditjin feat. JessB’, six ARIA nominations; an ARIA Gold certification for ‘Cool As Hell’; six wins at the National Indigenous Music Awards; an Order of Australia medal; the 2019 Young Australian of the Year award; multiple placements in Triple J’s Hottest 100 and over 37.4 million streams of his music world-wide. His music was most recently chosen for the FOX SPORTS NRL and AFL Indigenous Rounds and LEGO VIDIYO advertising campaigns. Baker Boy is a leading finalist and performer at this years National Indigenous Music Awards (NIMA) and will be performing at the Darwin Amphitheatre on August 7th.