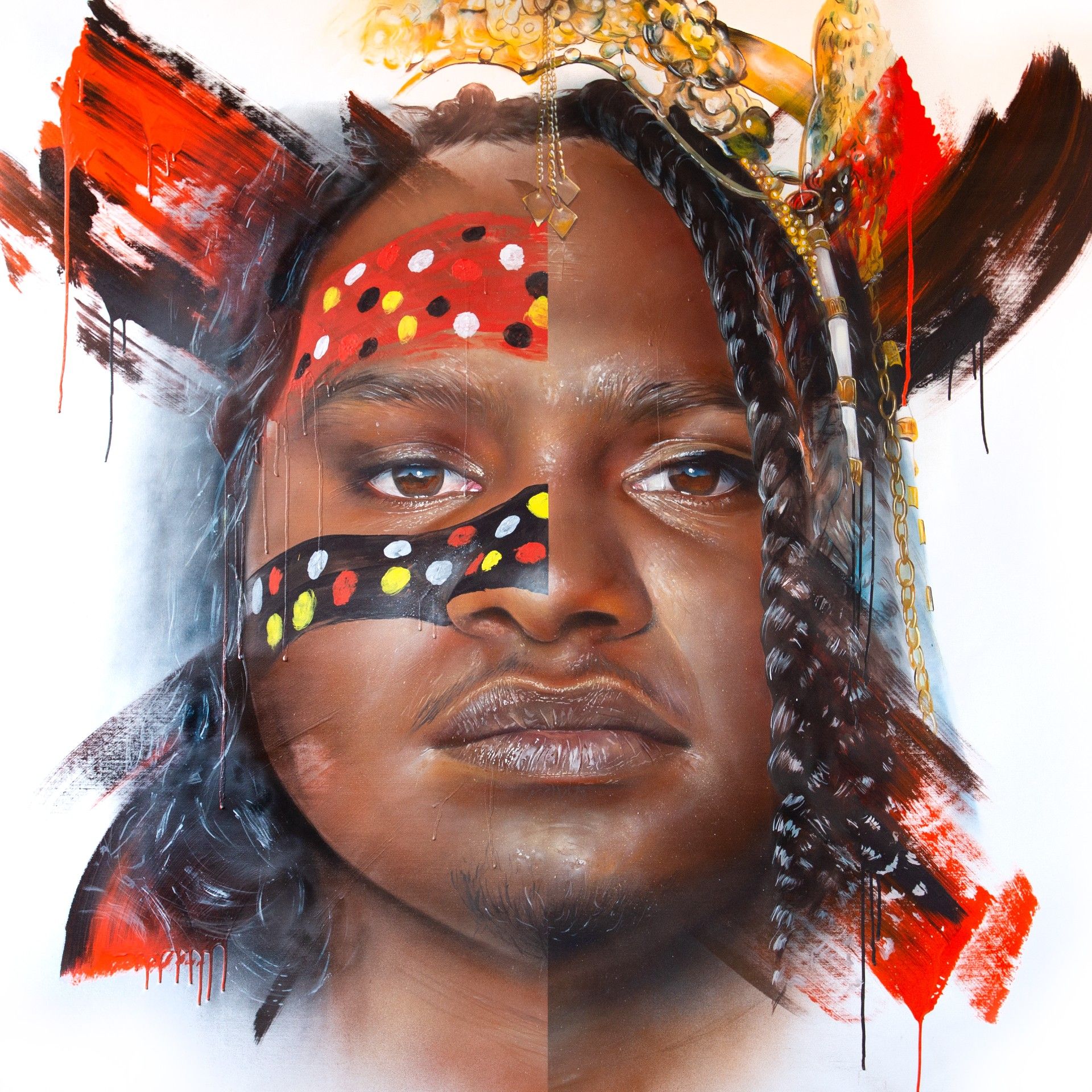 It is no small statement releasing your debut album. Gela, with its eponymous nature, feels like yet an even bigger statement. Gela is Danzal Baker’s skin name. To put it simply, it is his identity, “Gela is who I am. It is my story.” There could be no other name to describe these foundational tracks, which include singles ‘Cool As Hell’, ‘Meditjin feat. JessB’, ‘Move’, ‘Ride feat. Yirrmal’, ‘My Mind feat. G Flip’ and ‘Butterflies’. Just as these songs tell the unique tale of Australia’s most joyful and energetic performer, so does the accompanying artwork by Adnate. The perfect representation of Gela’s duality, the artwork is further brought to life by a new AR filter released on Baker Boy’s Instagram here.

Today also marks the release of the music video for ‘Survive’, an intimate one-shot performance co-directed by Danzal and his Creative Director and Stylist, Aurie Indianna. Taking classic cues from one of the all-time great music videos, ‘Nothing Compares 2 U’ by Sinead O’Connor, it leaves no room to hide from the raw power of Baker Boy’s message. The result is exactly what he was going for, “When Aurie showed me the Sinead O’Connor video I was like damn, you can just feel the emotion and with a song like Survive, I just want it to hit… We wanted to create a visual that made people stop and listen.”

The simplicity in the video idea was key for Aurie, “Sometimes less really is more. This approach allowed Danzal’s raw emotion to tell the story.” A climactic zoom out to reveal the words of Uncle Jack Charles, completes what Aurie recognises as Baker Boy’s most powerful statement yet, “He’s strong, he’s angry and frustrated, but more than anything he is proud, even in his most overtly political track to date, Danzal still manages to keep it positive, he’s saying ‘we’re surviving, we’re thriving.’”