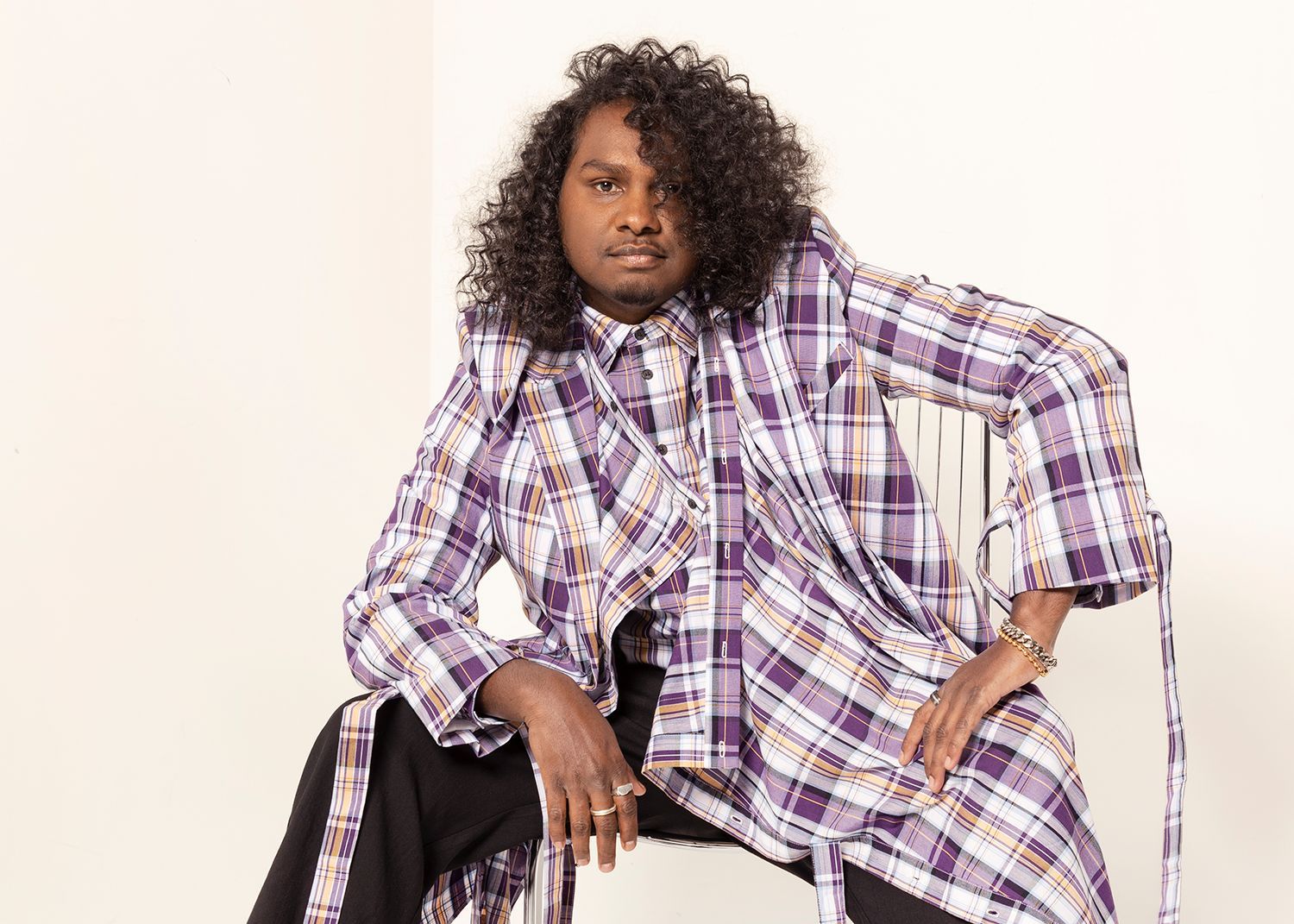 The Yolŋu superstar Baker Boy (Danzal Baker) relishes keeping people on their toes. Today, he’s reveling in a nostalgic side with his first single since 2021’s acclaimed debut album Gela. The dancer, rapper and singer has reimagined Bernard Fanning’s acoustic folk ‘Wish You Well’ as a feel-good hip-hop anthem alongside the Powderfinger frontman himself.

Only in April the Fresh Prince Of Arnhem Land went viral with his high-energy rendition of Blur’s ‘Song 2’ for triple j’s Like A Version. Mashing up the Brit-pop classic with the Baha Men’s ‘Who Let The Dogs Out’ (shook!), Baker Boy flowed in his Yolŋu Matha tongue and played Yidaki. The dynamo’s take on Bernard’s vintage ‘Wish You Well’ – which memorably topped the 2005 triple j Hottest 100 – reaffirms his ability to individualise any style.

Baker Boy instills the bittersweet ‘Wish You Well’ with his characteristic positivity and communal perspective, putting the mosh into mush. “‘Wish You Well’ is a break-up track, but it’s all about spreading that love,” he explains. “The original isn’t really usual for Baker Boy – that vibe. So I wanted to kind of make it into a story where I can also apply it differently and make it Yolŋu flavour. It’s not just in a romantic way, it’s about sharing the love – whether it’s your partner, whether it’s your friends or family… It’s also for the people that are having a hard time right now. I just wanted to spread some love through music.”

Baker Boy did find it “daunting” to reinterpret “such an iconic Australian hit,” but was assisted by Gela producer Pip Norman (Troye Sivan, Odette) – proclaiming him “100 per cent a genius.”

Baker Boy continues. “It’s Bernard from Powderfinger and a national treasure, you know? So it was crazy. I was just freaking out a little bit. Then I jumped on a call with him. It was so, so amazing to do the track and make it into a Baker Boy track as well.”

And Bernard is enthralled by this fresh, and very contemporary, duet incarnation. “Baker Boy’s music is so full of energy and excitement that I was very happy to collaborate on a new take on ‘Wish You Well’,” he says. “I love the spirit of this new version and am so glad it’s taken such a different musical tack but maintained the buoyancy of the original. It’s the first time I’ve worked in this way, but I found it so easy because the ideas coming from Danzal and Pip were so good.”

Five years after he broke out with the empowering ‘Cloud 9’ and winning the first of successive National Indigenous Music Awards; Baker Boy is a pop culture phenom, amassing over 55m streams globally. In 2021 he received an Order Of Australia (OAM) medal. That October, Baker Boy aired Gela – a chronicle of identity and personal growth – led by the ARIA Gold jam ‘Cool As Hell’.

A triple j Feature Album, Gela landed at #3 on the ARIA Albums Chart and was included in prestigious ‘Best Of The Year’ lists (cue: The Guardian Australia, Tone Deaf, NME, Junkee, AU Review, Yamaha, Double J, Beat, Broadsheet) and nominated for the Australian Music Prize. Over summer, the festive ‘My Mind’, featuring G Flip, became Baker Boy’s latest entry in the Hottest 100, while ‘Ride’, with a soulful Yirrmal, was shortlisted for the APRA Song Of The Year.

Following a triumphant slot at the 2021 AFL Grand Final in Perth, Baker Boy had to reschedule his biggest national tour due to pandemic logistics. Eventually hitting the road in April was a “mindblowing” experience. He’s even previewed ‘Wish You Well’ live to gauge the response. “I just get goosebumps by standing and listening to everyone go, ‘Ahhh!'”

Lately, Baker Boy has embarked on his inaugural North American tour, with dates in Los Angeles, New York (heading Sounds Australia’s fabled Aussie BBQ showcase at SummerStage in Central Park) and Toronto. In July he’ll return to Splendour In The Grass and come November, Baker Boy will join the Queenscliff Music Festival – with additional shows to be announced.