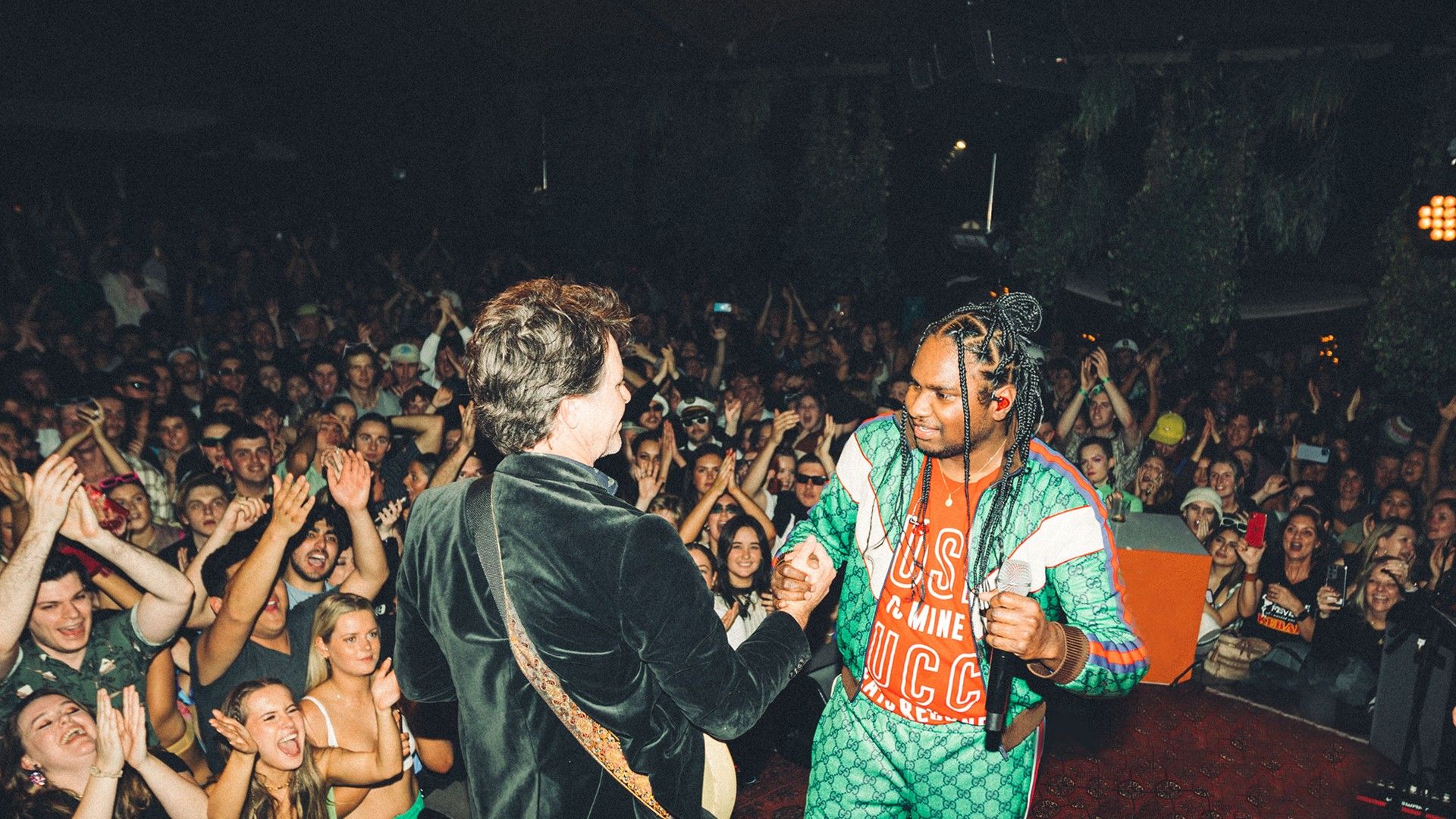 Directed by Macario De Souza, the ‘Wish You Well’ video features footage from a spontaneous pop-up gig at The Beach Hotel in Byron Bay after Baker Boy’s performance at Splendour In The Grass was cancelled. Playing to a full capacity crowd, the wild and sweaty festivalgoers, were treated to a full Baker Boy set with a surprise guest appearance from Powderfinger frontman Bernard Fanning, who jumped onstage with Danzal to perform the new rendition of ‘Wish You Well’.

Baker Boy says, “It was so sick to work with the team from Hype Republic to bring this video together. We had originally planned to shoot the Splendour Performance for the video, you know it was going to be a huge moment with Bernard. It was a bit of an emotional rollercoaster. All the footage on the bus, was on the way to Splendour before the first day was cancelled. We were all so hyped for the performance, but I’m stoked that we pivoted to do the show at the Beachy and that the crew were all down to keep making the video and capture that story instead. I don’t know, it kind of feels even more special. The crowd vibe at the Beachy was just nuts and getting that energy on camera was really special. Just so much love for the Hype team, my band and crew for just being so up for making that show and this video happen and of course Bernard for still being up for it.”

Bernard Fanning says, “It’s great that we were able to capture the spirit of the day that we filmed this clip. It was kind of chaotic but full of the energy of everyone pulling in the same direction to get it done. The crowd was wild, and the band were sharp as a tack.”

Macario De Souza retells the change in direction of the video. “In true optimistic Baker Boy fashion, we turned a cancelled Splendour show into a last-minute party at the Beach Hotel, Byron Bay and the energy in the place was out of this world! The outcome was a raw, upbeat and infectious music video that celebrates Australian music from 2 Aussie icons that brought all walks of life together for that one magic and unforgettable night.”

The ‘Wish You Well’ single is getting huge support across the likes of triple j, Double J, Nova Network, the Hit Network, iHeart, ACE, CADA and plenty of community radio stations. Charting Top 40 on the National Radio Airplay Chart, Top 30 on Shazam and #22 on the Spotify Viral Chart, ‘Wish You Well’ has also been championed by coveted playlists on Spotify, Apple Music, Amazon and YouTube Music.

The release of the ‘Wish You Well’ video follows Baker Boy’s triumphant performance of ‘Meditjin’ at last week’s 2022 Commonwealth Games closing ceremony. Taking centre stage, the Yolngu superstar’s energetic performance with backup dancers, was beamed out to millions across the globe, showcasing why Baker Boy is one of the country’s best live acts.

Returning from the UK, Baker Boy is still reveling in the excitement surrounding his recent wins at the 2022 National Indigenous Music Awards (NIMA’s) where he took out the coveted Artist of the Year and Album of the Year awards for his debut album, Gela.

It doesn’t stop there though for Baker Boy. The dancer, rapper and singer will embark on his Victorian Regional Tour next month as well as perform at the Queenscliff Music Festival in November.