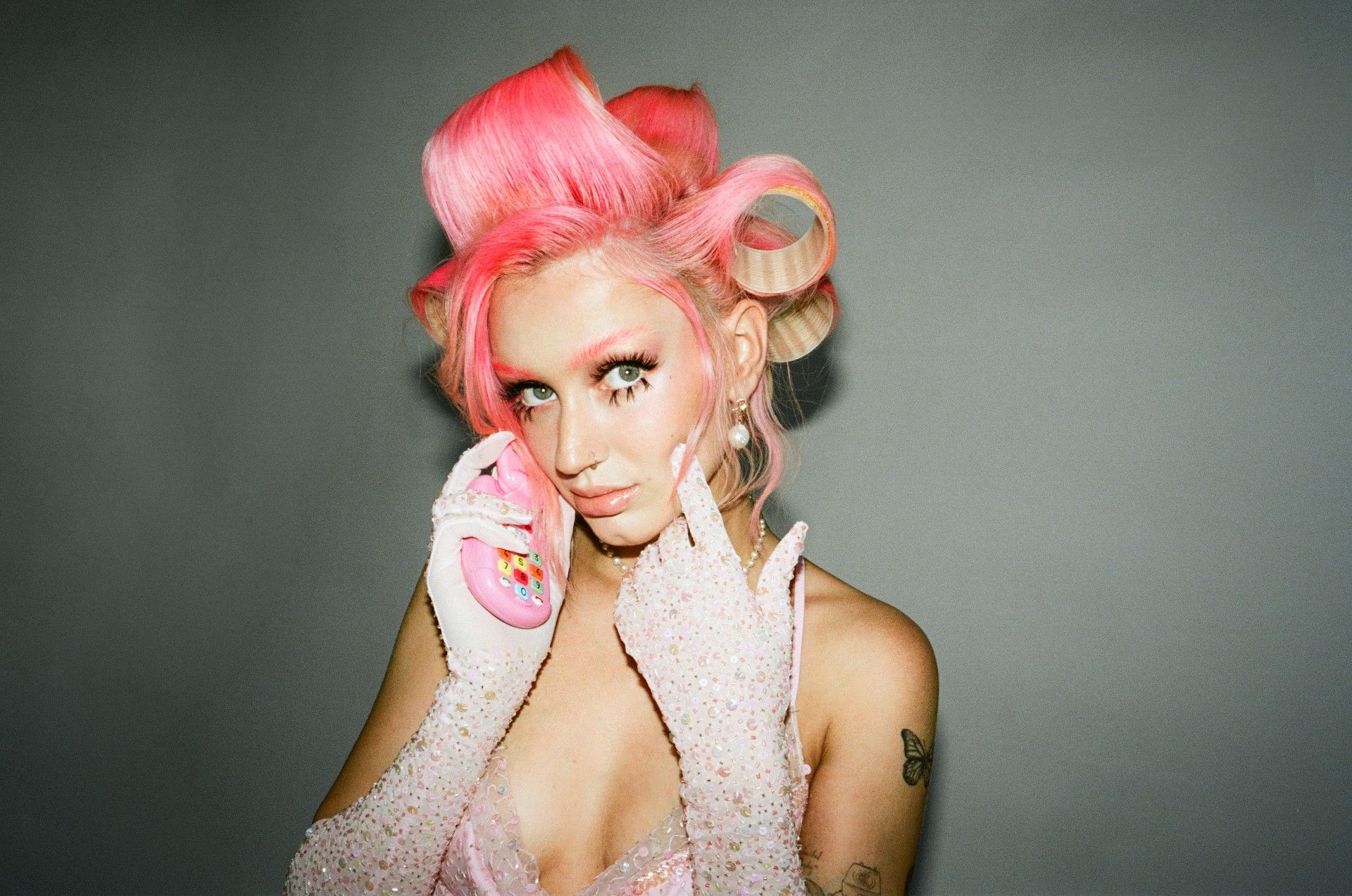 Peach PRC will host a live streaming event today on TikTok, performing her new single ‘Josh’ as well as playing a few fan favourites and answering live questions on the Peach PRC Official Page. It all kicks off on @peachprc on TikTok from 12pm (AEDT).

Peach PRC takes the things you only say on text to close friends (or exes) and turns them into pop that shimmers as much as it singes. The rising pop star packs an often-unbelievable journey from writing and recording in her bedroom to social media phenomenon into smart, slick, and sweet songs with a bold bite. Equally funny and sensitive, she holds nothing back when it comes to life’s ups and downs, mental health, and everything in between. Building an audience of 1.2 million-plus TikTok followers, generating over 10 million streams, and attracting acclaim from BuzzFeed and more, she formally introduces herself with new music under her recently signed deal with Republic Records and Island Records Australia.

Launching her Tik Tok page in 2019, she organically attracted an audience by posting everything from funny moments to self-care advice and, of course, music. A snippet of her first single ‘Blondes’ played over the background of a video where she discussed the track’s meaning went viral. The full version eventually amassed 4 million Spotify streams as she maintained this momentum with the follow-up ‘Colourblind’, racking up another 1.5 million Spotify streams. Along the way, she carefully cultivated an undeniable style with a twist. That twist defines her debut single ‘Josh’, the ultimate kiss-off to the worst ex ever.

“I’ve been wanting to put out this song forever,” she exclaims. “It’s very special to me, because it captured a real moment. I was a bit down when I was writing one day. My ex, Josh, kept calling me over and over again. He called all of the time, because he was trying to get back with me. I thought I had blocked him though. Since he didn’t stop bothering me, I wrote the song about him. It’s a true story, but it’s still meant to be fun and colorful.”

With clever verses and infectious hooks, Peach PRC will have fans singing along to her self-proclaimed “girly camp pop,” anthems in no time.

Stay tuned for more to come.