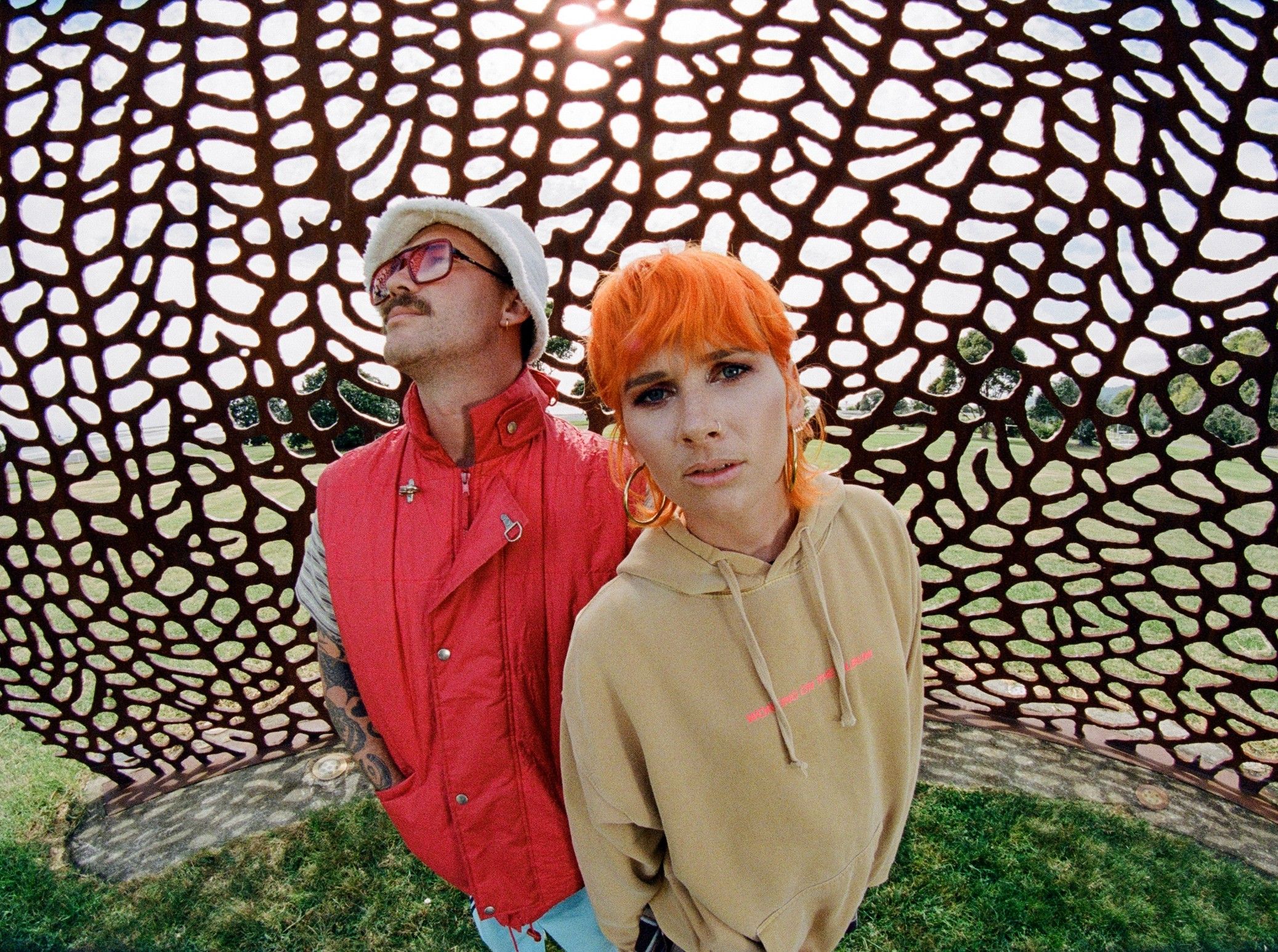 On their first single in over two years, BROODS give into the darker side of escapism. ‘Piece Of My Mind’, the first taste of the beloved sibling duo’s fourth album Space Island, is a classic BROODS anti-anthem, a reckoning with grief and denial lit up in spectacular neons and animated with NZ brother and sister duo, Caleb and Georgia Nott’strademark wit and verve.

Despite its anthemic, arena-ready highs, ‘Piece Of My Mind’, might be one of the darkest songs BROODS have ever written, deceptively bright in its tone but complex and exploratory in its lyrics.

‘Piece of My Mind’ premiered globally this morning on triple j Breakfast with Bryce and Ebony and is the first chapter in a suite that builds on 2019’s Don’t Feed The Pop Monster,with new layers of emotional clarity and pop atmospherics, it’s a heady, intoxicating welcome to the much-anticipated next era of BROODS.

Georgia says of the new single, “‘Piece Of My Mind’ is the opening fanfare of Space Island. The song describes the many paradoxes we encounter when we try to escape our problems – the more we try to run away from our problems and ourselves, the more we are confronted with the aspects of each that we don’t like. ‘Piece of My Mind’ is the moment I start reasoning with myself at the crossroads – to figure out where I am, and what’s really at the heart of what I’m denying and trying to escape.’

To conjure the beginnings of Space Island, BROODS’ evocative and distinctive new world, Caleb and Georgia approached Canadian producer Stint, who has worked on hits by Mø and Carly Rae Jepsen.

“With the production, we wanted to make it sound like you were on this kind of jet pack trip where everything is shifting, where you’re escaping to this unknown world called Space Island,” says Georgia.

‘Piece Of My Mind’ arrives alongside a gorgeous, B-movie-inspired video, shot on 35mm and 16mm film in the South Island of New Zealand. Evoking the arid mysteries of Space Island as well as sci-fi horror classics, the video is an endlessly fascinating fantasy that serves as a testament to BROODS’ strength of vision.

“We really just got to have fun and play,” says Caleb. “We wanted to do something really special, because we don’t know when people are going to be able to go to live shows next,” adds Georgia, “So we wanted to create this world that people could come and visit from wherever they are.”

With ‘Piece Of My Mind’, BROODS has done just that, stepping confidently into their next era with the kind of stylistic flourish that only they can do.

WATCH THE OFFICIAL ‘PIECE OF MY MIND’ VIDEO HERE