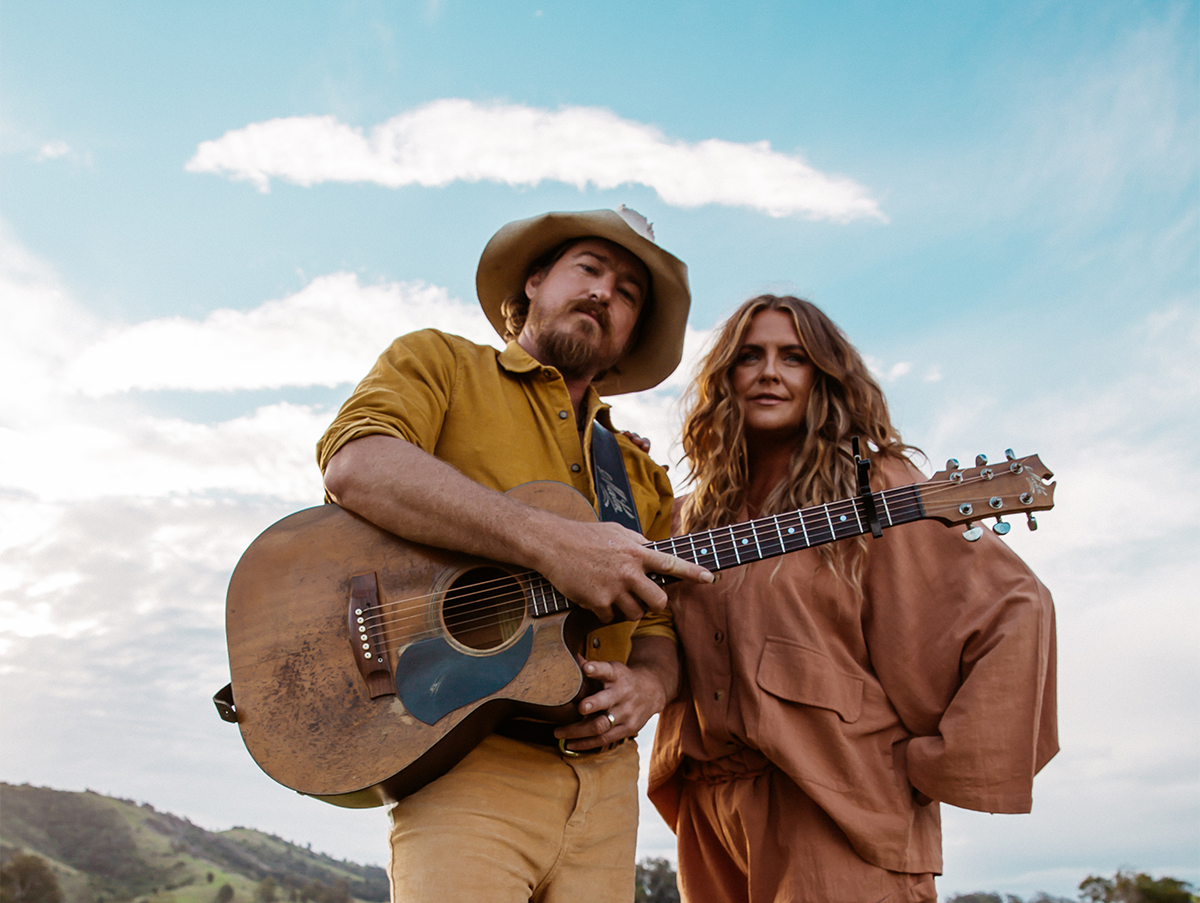 Driven by melting harmonies and powerhouse vocals, ‘Memory Lane’ has already become a real crowd-pleaser at the duo’s most recent live shows. The timeless mid-tempo single follows in the footsteps of second single ‘Roll On Baby’ capturing the middle ground between the pop-tinged country Brooke is known for, and the grittier side of country music that Adam has made his own.

The uplifting ‘Memory Lane’ was produced by Robby De Sa, whose talent of capturing the energy of the song in the studio was supported by mixing at The Grove studio by Scott Horscroft.

Adam says about the new single, “For years we’ve been asked at shows about how we got together and it has become a bit of a laugh as we both have our own versions of how it all went down, I think the truth lies somewhere in between both our versions, so after talking about it for so long we decided it was time to put it in a song.“

“We’ve had a great time taking a walk down memory lane while writing, recording and playing this single. Every love story starts somewhere, and time has a way of blurring memories, but the past doesn’t really matter when you continue looking forward to making new memories together.”

Brooke continues, “We hope that when you hear this song it brings back great memories of your own love story.”

Accompanying the single is the official video for ‘Memory Lane’. Directed and produced by Brad Murnane (Tori Forsyth, Winterbourne), the video was filmed at Brooke and Adam’s farm. Adam explains, “We filmed the film clip while travel was still uncertain with Covid so we decided to get the lovely and talented Brad Murnane and Billy Zammit (cinematographer) from Spill Films to come to our farm and we spent the day cruising about having a great laugh while filming, it was almost too easy to call it work haha.”

Coming off the back of their recent sold out ‘Roll On Baby’ tour, Brooke and Adam are still riding the wave of their ‘Star Of The Show’ single reaching #1 on the iTunes Single and Video Chart after Brooke performed it on the 2022 season of I’m A Celebrity, Get Me Out Of Here! (where she was runner-up!) and second single ‘Roll On Baby’ peaking at #3 on Country Airplay Chart.

Brooke is one third of top-selling, award-winning Australian country music trio The McClymonts. With over 200,000 album sales, 40 million streams, two ARIA Awards, fifteen Golden Guitar Awards, one CMA (USA) Award, one APRA Award and five #1 ARIA Country Albums, the McClymonts are a dominant female group in Australian country music. Adam has won two Golden Guitar Awards: the first in 2015 for New Talent of the Year; and then in 2016 in the Group or Duo of the Year category withThe Adam Eckersley Band. Adam has also been recognised for his songwriting, winning the APRA Award for Country Work of the Year (2015), and receiving an Honourable Mention in the International Songwriting Competition in 2014. Their debut album as the duo, Adam & Brooke, released in 2018, debuted #1 ARIA Country Album and was received rapturously within the country community, garnering accolades and awards all over.