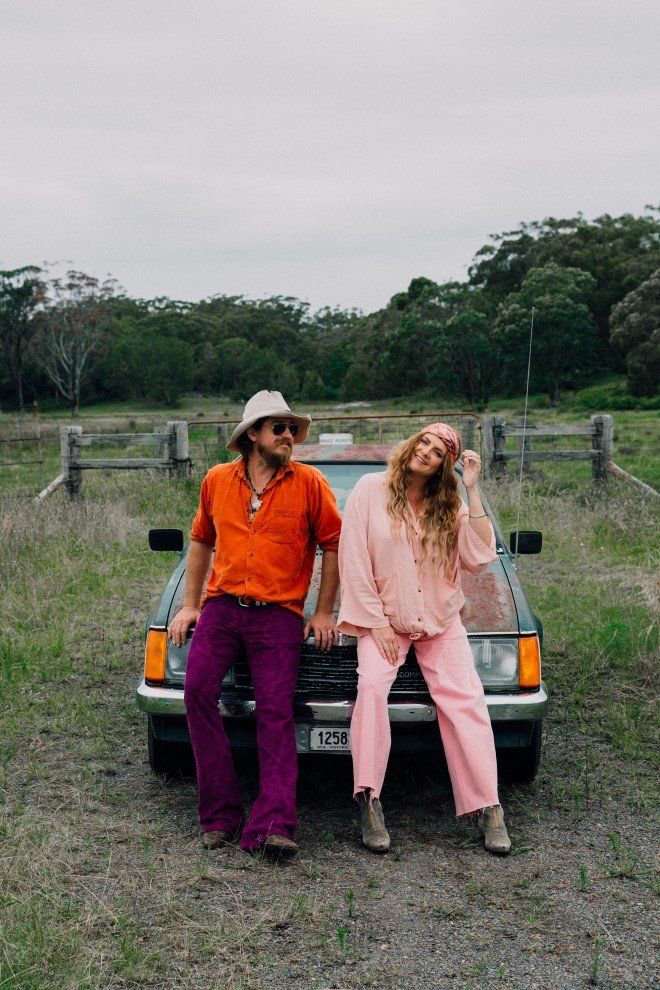 Today, husband and wife duo, Brooke McClymont & Adam Eckersley, release ‘Roll On Baby’, the second single from their forthcoming second album. ‘Roll On Baby’ is a sign of the pair’s optimism – the content upbeat, the music itself a good time, and stylistically, it captures the middle ground between the pop-tinged country Brooke is known for, and the grittier side of the country track that Adam has made his own.

The duo is still riding an exciting wave following Brooke McClymont being voted as the runner-up on Network 10’s 2022 season of I’m A Celebrity, Get Me Out Of Here!. As one of the show’s most adored contestants, Brooke won hearts on the show with her acoustic performance of their first single ‘Star Of The Show’, which reached #1 on the iTunes Single and Video Chart after the episode of Brooke performing it for her camp mates went to air.

Since they released their debut as the duo, Adam & Brooke, in 2018, the #1 ARIA Country Album which was received rapturously within the country community, garnering accolades and awards all over, things have changed dramatically. For everyone. For these two though, whose musical endeavours away from their current project are well documented, it came time to stop wallowing and regretting lost opportunity and embrace this sense of optimism – it was time to roll on.

Where a great deal of the songs on Adam & Brooke were love songs to each other, ‘Roll On Baby’ is essentially, a love song to the music and the way of life the pair have known their entire adult lives. It’s upbeat, it kicks and it’s optimistic too.

“Yeah, it’s a celebration of being on the road and everything that comes with it,” confirms Adam. “The song pretty much says, we’ve made a life out of being fulltime musicians, both of us, and we’ve realised how important that is… [the pandemic acted] as a great reminder of that, this is what we do.”

‘Roll On Baby’ began life as a ballad, but as so often happens, a trip to the local ale house aroused within the pair a need to bring the song up, to have it adequately reflect what they were feeling at the time. “Yeah, I realised it needed to be up,” acknowledges Brooke. “It just wasn’t a sad ballad song, the lyrics are quite uplifting.”

“Yeah, it kinda wrote itself then, didn’t it?’ adds Adam. “We didn’t want it to sound like either of our other projects too much… somewhere in the middle where we’re both satisfied and happy.”

“Yeah, I do love the pop and Adam definitely has that ‘band’ side, and I really feel like this song, we’ve definitely found the sweet spot for both of us, that we’re comfortable and happy with,” Brooke adds.
As you’d expect of these two, there’s touring on the horizon and more songs on the way. Even though the times are hard, there’s no excuse not to just roll on.