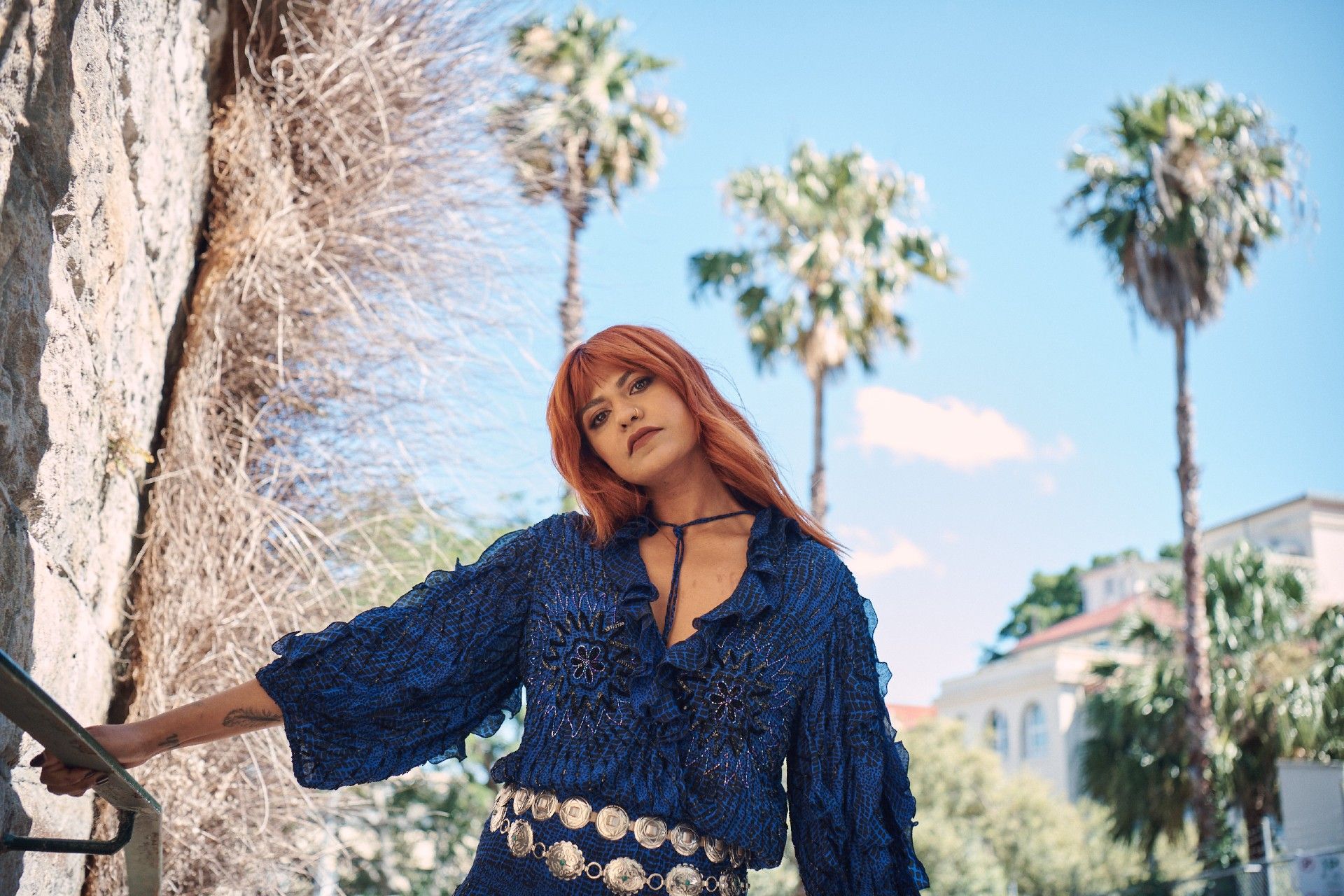 Today, musician Charlie Collins returns with her new single ‘Fuck It’. Pairing her visceral, magnetic songwriting with an assured pop sensibility, the release is her first with Island Records Australia/UMA and will be launched at her SOLD OUT live show at Lazybones Lounge, Marrickville on Tuesday May 4th.

“Fuck It” is a blistering guitar song about when a difficult break-up becomes public debate. Produced by Scott Horscroft with Joji Malani (Gang Of Youths), the song was written when Collins was reckoning with the end of a relationship, and those in her orbit were more focused on throwing their opinion into the ring or partaking in hurtful gossip – instead of offering support or understanding.

“At the time, when I was going through this separation, I needed a friend more than a critic,” she says. “This song is an acknowledgment of blame but also recognizing that you don’t need that judgement.”

It’s a song rooted in catharsis, manifesting in fuzzy, reverb-drenched guitars, propulsive drums and plenty of yelps that place Collins’ extraordinary vocals on full display. But there’s a sonic shakiness present too, reflective of the experience of being burdened with blame and trying to stay afloat. As Collins sings “I’ll take all the blame / And wear it on my back / Walk with this shame / And you can watch me crack.”

Stories have always been key to the work of Charlie Collins. She grew up with music-obsessed parents in Tamworth, NSW. “From a young age, my dad always drilled in the importance of storytelling in songs. That was always something that has stuck with me. I guess that’s why I write all the time” she says.

In 2019, Charlie released her intimate and austere debut album Snowpine. The cross-over genre album won an AIR Award, was nominated for an ARIA award and received airplay across triple j, FBi Radio, KCRW and Radio X. Pilerats noted Charlie as “one of our indie-pop scene’s most spectacular and beautiful”, Glide Magazine praised her “knack for pop melodies and impeccable phrasing” and triple j unearthed quoted ““Charlie is truly is that songwriter, the sort who can make you feel every word like a punch to the gut.”

Launching with indie group Tigertown, it was 2018 when Charlie Collins went solo, developing a singular, sound which oscillates between different genres and distinct musical eras. Charlie has performed support slots for Sam Fender, Orville Peck and Gang of Youths with festival appearances at Laneway, Fairgrounds and Woodford Festival.