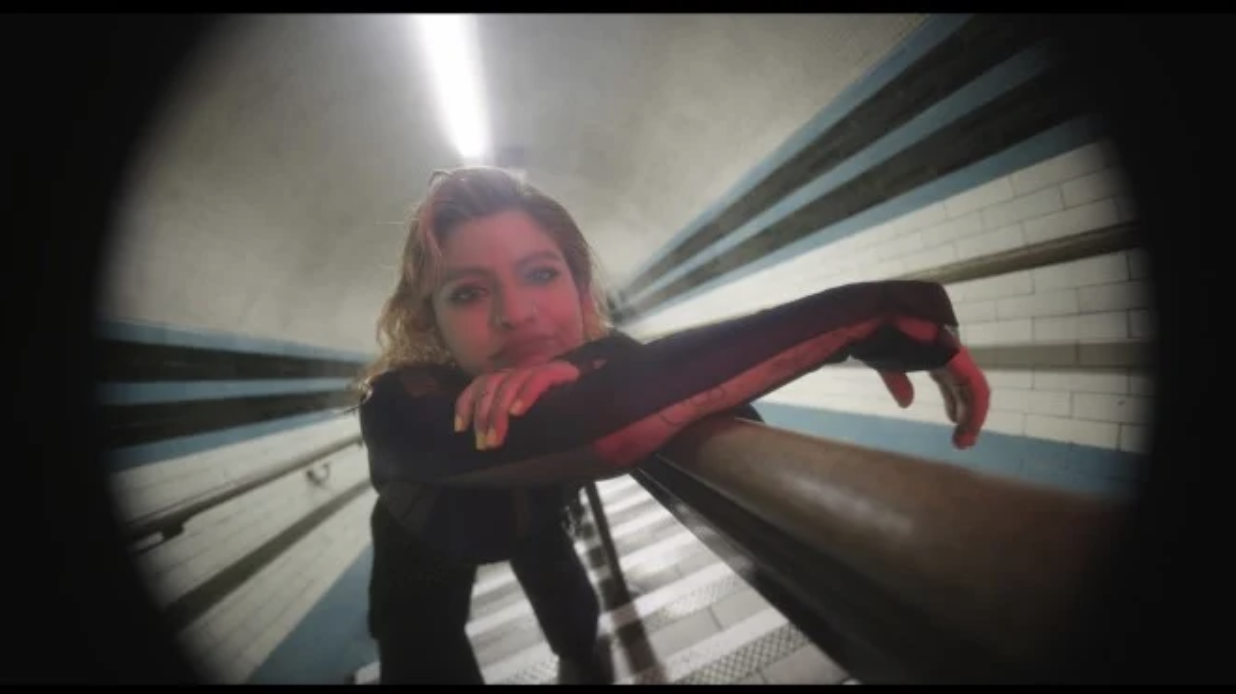 The euphoric ‘Backseat Valentine’ arrives as Charlie is set to support Gang Of Youths on their final shows of their album tour in the UK & Ireland.

Charlie shares,” As the story often goes, a broken relationship sparked a desire to be somewhere new and somewhere exciting. I realised I needed to do something for myself to help my heart heal. In a matter of days, I packed my bags and bought a ticket to London. After being here for over a month travelling, exploring, writing and discovering myself I got asked to support Gang Of Youths on their UK tour! Naturally, my answer was f*ck yes! I extended my trip without any hesitation. I’ve known the boys for over 10 years and my first ever solo show was supporting them so to have the opportunity to do it all again with my dear friends was so special and exciting! When it was all feeling too good to be true, the day before the tour, I tested positive for covid.Now that I’ve completed my covid quarantine and recovered, I can’t wait re-join the guys on tour and share my songs with just me and my guitar to the UK folk then back home for shows with my full band. “

With its infectious energy ‘Backseat Valentine’ joins already released singles, ‘Fuck it’, ‘Just My Luck’and the album title-track, as a taste of what’s to come from the anticipated album. Begun over two years ago, in the wake of her marriage separation, Charlie scrapped the album’s first iteration as she began to rediscover her wildness, spontaneity and freedom.

Produced and co-written with Sydney songwriter Xavier Dunn (Jack River, GRAACE), ‘Backseat Valentine’, embraces Charlie’s newfound freedom, in between guitar lines calling back to The Strokes at the height of their powers. “I’ve never written a song like that ever. It’s embracing, the real fucking wild side of me, I love to go crazy and do spontaneous things sometimes,” says Charlie.

The song came together in a blistering moment of inspiration. Written in just an hour, Collins laid down the rapid-fire vocals in a red-hot ten-minute session –the very same take you hear on the album.

Alongside the single release, ‘Backstreet Valentine’ is supported by visuals directed by Joel Barney from Sonder who took inspiration from Wong Kar-Wai’s movies, particularly Fallen Angels and Chungking Express with their real texture and character.

Premiering this morning on Clash.com, Joel Barney says of the video, “ Backseat Valentine sounds like it is always on the front foot, going somewhere as if it is trying to run away from you which is something I wanted to replicate in the visuals. We wanted to create a disorientating, head-spinning performance video with Charlie at the centre. Charlie is such a watchable and captivating performer so I just wanted to create a world visually for her to perform within. I wanted it to feel like a long, continuous, never-ending night-out. We used various techniques to distort the frame: wide-angle lenses, fisheye lenses, dropping frame rates and rubbing vaseline onto the lens”

Charlie’s Undone album is a relentlessly honest document of what it takes to bring yourself back after nearly losing it all. Years in the making, it sees one of Australia’s most gifted songwriters take on new forms and sonic textures reconnecting with her authentic self. A cathartic totem for her Undone sees Charlie reaching new levels of vulnerability but rather than a weakness, laying one’s soul bare requires tapping into unknown resources of strength and resilience.

Another milestone for Charlie was for the first time she leaned into her skills of production; co-producing ‘Are You Even Listening’ and producing album tracks ‘Could I Have Loved You Anymore’ and ‘November’. However, part of releasing herself from hang ups and hurt of her past has involved letting others into her creative process for the first time as a solo artist. Co-writes on Undone also include Japanese Wallpaper aka Gabriel Strum and friend of 20 years, Jarryd James, with Xavier, Gabriel and Jarryd also helping to shape the album with production, as well as Scott Horscroft and Joji Malani.

With 5 million artist streams to her name, Charlie has successfully been building her solo career since 2018. Her ARIA nominated and AIR award winning debut Snowpine won numerous accolades, crossed music genres and saw her perform support slots for Sam Fender, Orville Peck and Gang of Youths with festival appearances at Laneway, Fairgrounds and Woodford Festival.

The Sydney local will be returning to Australia for her album headline tour in April/May 2022. The Undone Album Tour will see Charlie playing Saturday 30 April at Brisbane’s Black Bear Lodge, Thursday 5 May at Melbourne’s Northcote Social Club and Saturday 14 May at Sydney’s Oxford Art Factory.

A natural on the live stage, Charlie will be performing brand new music from Undone as well as fan favourites from her debut LP.