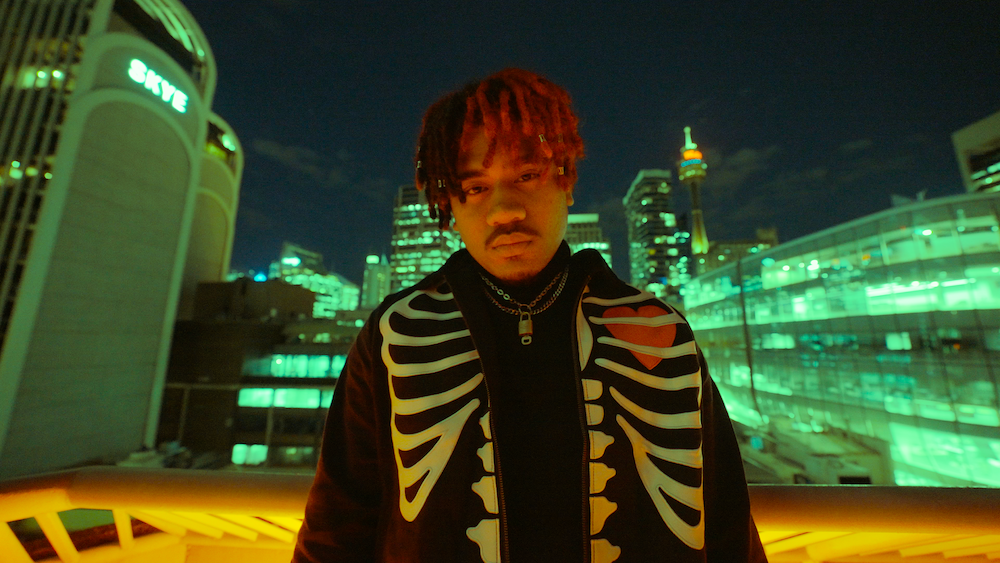 ZPLUTO is back with his new single and video ‘Paper Chase’ ft. 26AR. Following the successes that came from his tracks ‘Bonnie & Clyde’ & ‘Bezerk’, the Western-Sydney rapper and vocalist is back with what’s being regarded as his hardest track to date.  Featuring a guest verse from none other than Brooklyn born & raised Drill Rapper, 26AR (signed to Def Jam) who was recently listed in XXL Magazine’s list of 10 Drill Rappers to Listen To Right Now.‘Paper Chase’ is all about that cash and having “…that ‘go-for-it’ attitude and never letting anything get in-between you and your dreams”.

Receiving its first play on triple j Good Nights, ZPLUTO says, “’Paper Chase’ is about not letting the doubts of others cloud your vision or process, eyes on the prize type-beat, that’s chasin’ paper. That’s what this track is about”. Experimenting with his visual aesthetic, ZPLUTO needed a change to execute his vision for the video. After such a heavily scripted music video in his earlier release ‘Bonnie & Clyde’, he was eager to take a more freestyled approach to the visuals behind ‘Paper Chase’.   Accompanying the single is the sultry, saturated visual video clip directed by The SESH and features 26AR.
ZPLUTO says “I put my trust in my team. My long-time friend and collaborator – The SESH, my stylist – Harry Landers & my management team worked so hard with me to pull off this masterpiece of a music video. In such a short timeframe, myself and the team were able to execute 3 days of filming with that “go-for-it” attitude. It honestly relates to the track’s mission perfectly. We never let anything get in the way of our dreams.”
Turning that sentiment into action, by participating at this year’s BIGSOUND showcases, and invited by Live Nation for their “Ones To Watch” campaign, ZPLUTO was chosen as a semi-finalist for Acclaim Magazine’s ‘Allstars 2022’ list as well as spotlighted by triple j Unearthed.
Born in New Zealand, though calling Australia home since 2008, ZPLUTO grew up idolising a wide range of artists who left undeniable impacts across his music. Combining elements of hip hop, pop, alternative music, and punk-rock on a palette, ZPLUTO is not one to keep in the same lane.    His music has been added to playlists on Spotify (NMF, The Local List, sadboi hours, crush, Pop N Fresh, The Drip, Local Hype, and Mellow Styles) and Apple Music (NMD, The New Australia), and championed by leading alternative radio stations, FBi Radio, RRR and RTR. As the momentum around ZPLUTO grows, so does the support from online creators and their communities. His most recent releases have been shared on RAPTV (9M Instagram followers) and Masked Mortal (4M TikTok followers).   With a growing 1.2 million streams to date of his music, ZPLUTO’s steady rise to dominance is perfectly articulated within ‘Paper Chase’. It’s been clear early on that ZPLUTO represents a pocket of creativity in the Australian hip hop scene that is still relatively untapped.   Whether you’re chasing your dreams, or just that next pay day – ZPLUTO’s ‘Paper Chase’ is the new soundtrack to your daily hustle.