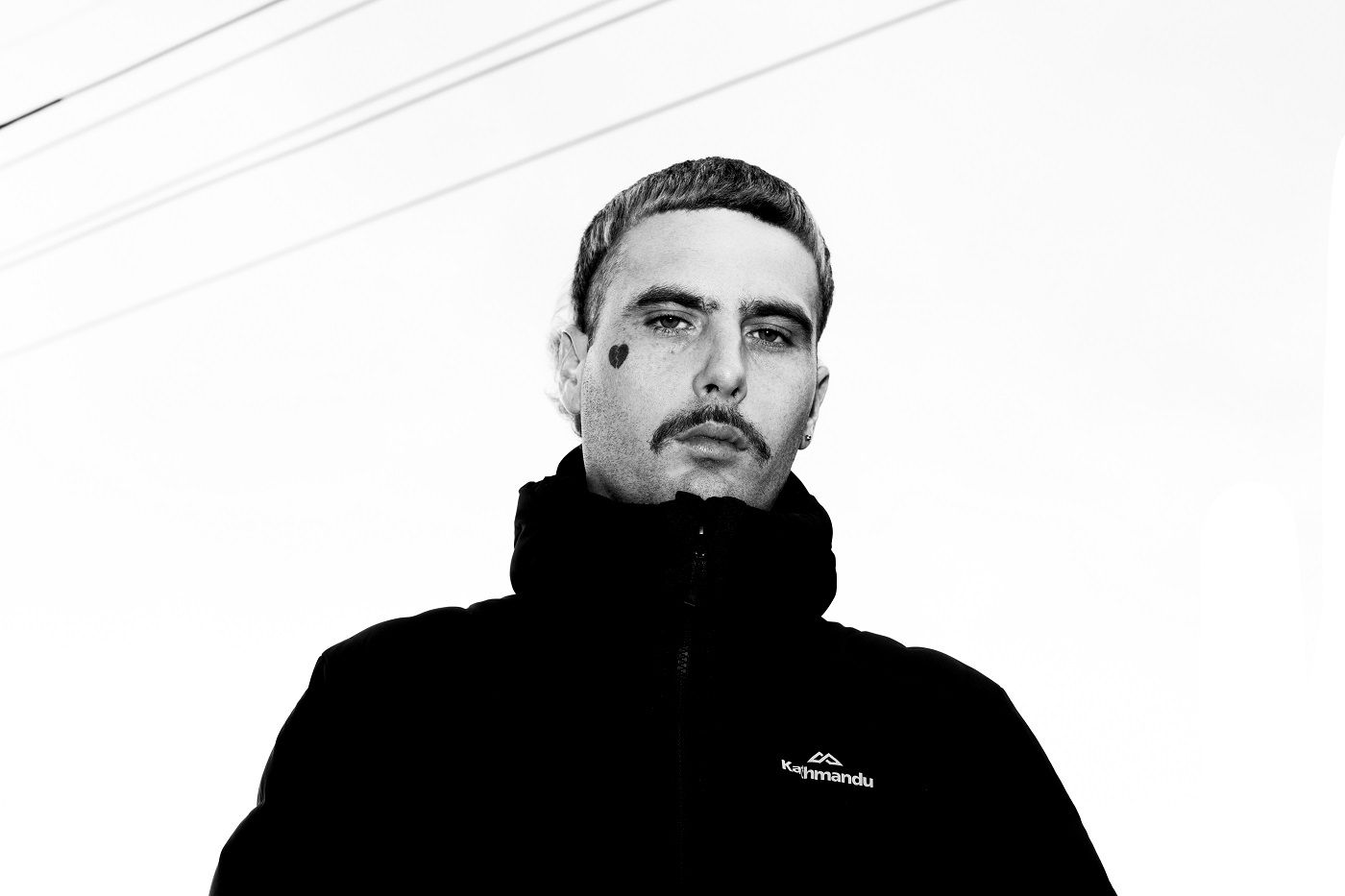 Praise for Antihero
“the most anticipated album release from a local artist.” – Complex AU
“he’s the real deal, and his music makes it clear” – Rolling Stone Australia
“..one of Australia’s most unique rappers at his best” – Acclaim “This is some beautiful art that will go down as one of the best albums to date.” – triple j (Hip Hop Show)
“shaking up traditional Australian hip-hop” – Sniffers
“sure to captivate listeners beyond the domestic scene” – Waevz
“the Wollongong-born rapper is ready to begin a new chapter – and level up – with ‘Antihero’”– NME
“the gift that just keeps on giving” – Take Flight AU
“Cooked up in a solitary night, Antihero is a must-listen for any hip-hop fan in Australia or abroad” – AU$

Sydney artist Huskii has catapulted to the top of the ARIA Charts with his debut album Antihero. Debuting at #1 on the ARIA Album Chart, the widely lauded album also claimed top position on the Hip-Hop/RnB,Australian and Digital Album Charts. The release sees the Wollongong-born Huskii claim the first Australian #1 album on the ARIA Charts for 2022, making this one of the biggest moments for Australian rap and the steadfast local scene.

Huskii says of his rising success, “ANTIHERO is #1 on the chart! I owe everything to my fans, thank you for coming out and supporting. Love yas.”

Led by his singles, ‘Ruin My Life’, ‘Heroin Rap’ and his latest ‘Toxic’, Antihero has captured the attention of his die-hard fans and unanimous respect and acclaim from both peers and critics alike. Championed already by the likes of Acclaim, AU$, Complex AU, Take Flight, NME Australia, Purple Sneakers and Rolling Stone Australia, Antihero continues to receive great praise from across the country.

Huskii’s chart-topping album has garnered support from Apple Music, across their main homepage and new music slider, Spotify’s Local Hype, The Drip and Beats n Bars (+ cover artist) playlists, and major support from Soundcloud globally across their international Fresh Pressed playlists and global socials. Huskii has also been the cover artist twice on YouTube Music’s Aussie Flows playlist and all three of his official videos, have impacted the YouTube Trending charts and made the top 3 on Trending for Music.

Since 2016, the underground heavyweight, has gained a following through his painfully raw storytelling and harrowing lyricism; with songs discussing his own battles with addiction, depression and incarceration. His unwavering mission to tell his story – no matter how ghastly or gruesome – sets him apart from the rest.

His 2017 Brainumb EP is still regarded as an underground classic, while his ‘Body The Booth’ freestyle, with over 4 million views on YouTube, is one of the most heavily quoted rap songs to emerge from Australia. After dropping a collaborative 4 Days EP in 2019 with longtime friend ChillinIt, followed by his own Recalled EP in 2020, and now his #1 debut album, Huskii is fast rising as one of the GOAT Australian hip hop heavyweights.