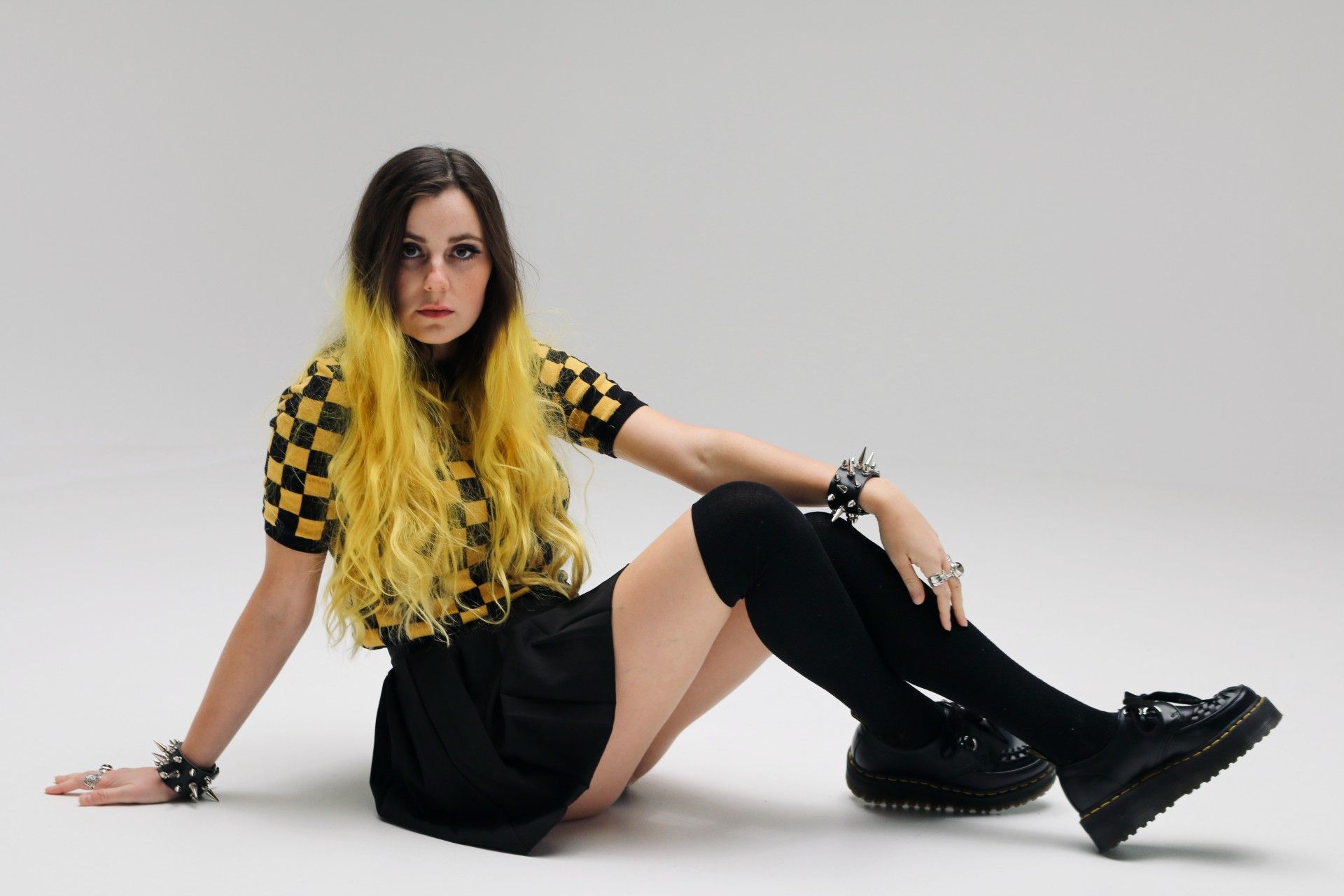 With a growing 3 billion streams of her music and over 800k followers across her channels, Australian musician and author AViVA today releases her new single ‘Melancholy’, the first through Island Records Australia and label partner Capital Records in the US.

Spotlighting her immersive and electrifying brand of emo-pop, Melancholy is an unfiltered look at the downward pull of depression, showcasing the uncompromising originality that’s earned AViVA a passionate global following in recent years.

With its moody backdrop of minimalist beats, ‘Melancholy’ sets its emotionally vivid lyrics to an infectious sing-song melody (“One, two, three, four/Vicious, knocking at my door/Seven, eight, nine, ten/Burn the candle at both ends”). Throughout the track, AViVA delivers a captivating vocal performance, flaunting her effortless flow and fierce yet vulnerable presence.

AViVA says, “Seemingly cheerful and upbeat from the outside, it doesn’t matter what makes you feel that way, sometimes feeling down is the only way you can feel, but the power of the last line ‘it will never be the same’ is where the core message of the song lies. Even though after negative experiences things often aren’t the same, we are always free to learn and grow from our experiences. Feeling melancholy, like so many feelings, is just a temporary state. Things will, as they always do, get better.”

Today’s single release launches alongside the official ‘Melancholy’ video which premiered globally at midnight (AEST) on YouTube to her unwavering eager fans – her ‘Outsiders’.

The video for “Melancholy,” co-directed by AViVA and long-time collaborator Jeffeton James,amplifies the song’s raw and powerful intimacy. To that end, the wildly colorful visual places AViVA in a series of isolated situations: lying in a hospital bed, trapped behind a school desk, singing to her own reflection inside the room of an abandoned and decaying home. As the song unfolds, the 27-year-old artist reveals her unapologetically punk spirit, inhabiting each frame with a feverish intensity.

AViVA explains, “I wanted the video to be surreal in the same way that all AViVA music videos are. AViVA and Teddy are both living in their own worlds, with their own experiences but they’re connected. And they don’t know what that means yet.”

Living between LA and Sydney, AViVA is a multidisciplinary artist, who has garnered more than 3 billion global streams of her music to date. Since ‘going viral’ with her debut single ‘GRRRLS’ in 2017, AViVA has created a growing groundswell online, building a strong community of Stans, who affectionally call themselves ‘Outsiders’. Through consistently releasing new music across her channels, exploring the themes of the dichotomy of control and self-expression, AViVA describes her music as being about the ‘outsider experience’ and her songs have already captured the interest and support of international tastemakers across DSP’s and global publications.

AViVA has headlined her own shows in the US, toured with Yungblud in Australia, and most recently performed at Splendour XR Festival. She will be performing at the Mad Cool Festivalnext year in Madrid and across Australia for her Headline Tour in November.

AViVA will release her debut novel SELF/LESS via Macmillan on September 28. Set in a dystopian society in which all forms of self-expression and creativity are outlawed, the book follows its 17-year-old protagonist Teddy as she rebels against her upbringing and discovers a secret world beneath the walled-in city where she was raised. According to AViVA, SELF/LESS fulfills a longtime mission of creating her own distinct multiverse that seamlessly merges music and literature.

“My passion for music, performance and writing are three things which have been consistent and constant in my life, all of which are fuelled by my love and respect for the written word and the relationship that I’ve developed with books and stories over my 27 years of life.”