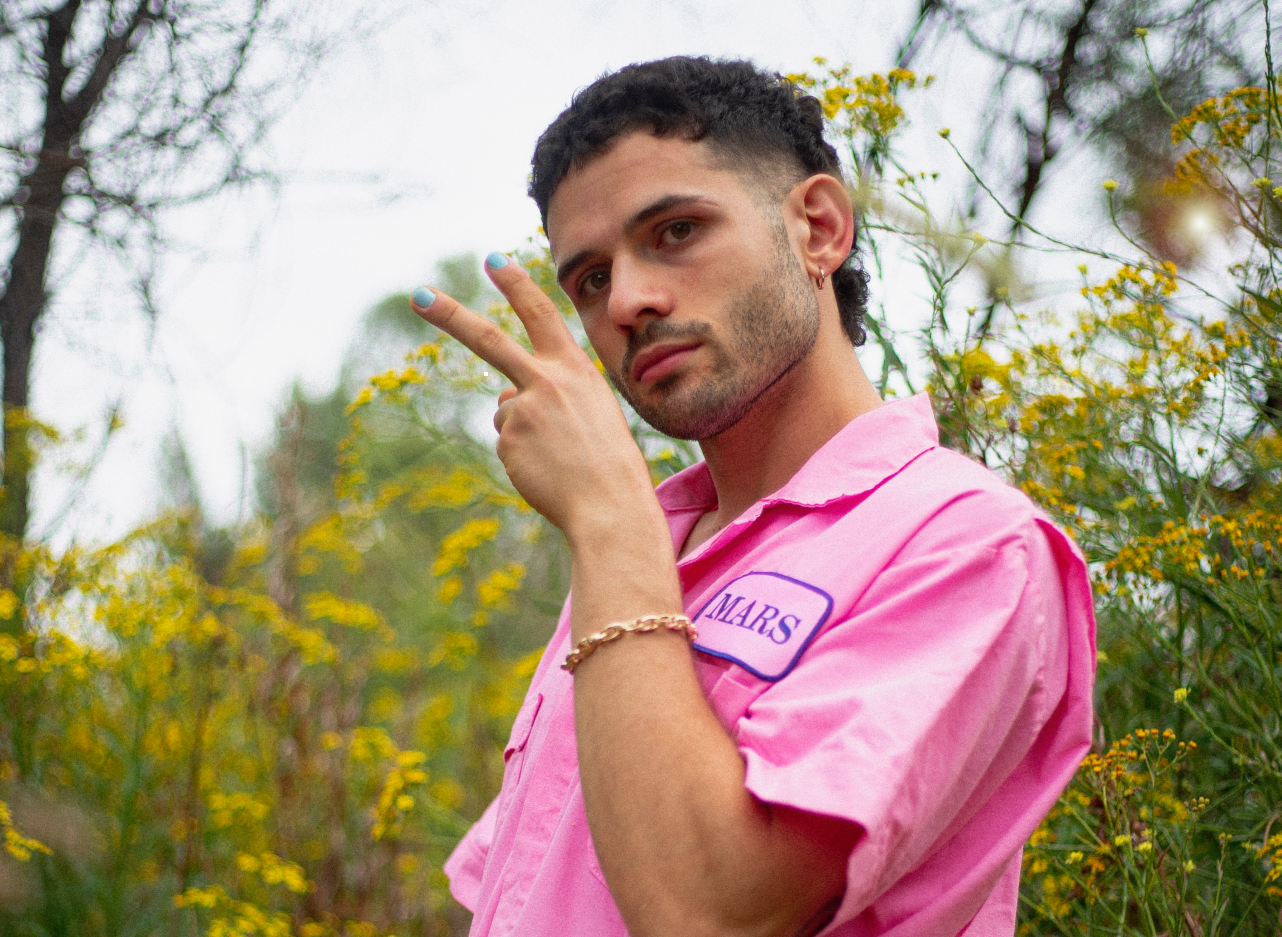 ‘Blink Twice’ premiered on triple j’s Good Nights with Bridget Hustwaite and is a strong arrival statement about confidence, risk taking and the chameleon within us all. Co-written with close friend and collaborator, writer/producer Dylan Nash(Angus & Julia Stone, Dean Lewis, Gretta Ray), San Joseph’s first release is a cheeky earworm with a spirited acoustic guitar strut, beneath a raw, soulful vocal that seems to know more than it’s letting on.

San Joseph says, “I used to identify more as a moody, melancholic type of songwriter growing up, but ‘Blink Twice’ is a totally different energy, and that’s its point. It’s about leaning into the person you want to be.”

San Joseph sits in a genre grey-area full of colour, a playful yet commanding take on alternative pop with the perfect blend of edge and accessibility. With influences that range from contemporary crooners like Finneas and Dominic Fike, to cult classics like The Eagles and even a bit of noughties Emo rock, his eclecticism is the key to his authenticity. He really doesn’t care about what’s in; he cares about what’s good.

Joining his first band at 13 and touring in a pop punk outfit whilst still in high school, San Joseph lived through music from the start. “I was a sentimental kind of kid, and that drove a lot of my desire to write. My music was always deeply inspired by love, dating and the chaos that threw into my life.”

The sentimental kid has now grown into a superb musician, having branched out on his own, messed with and mastered solo production, survived an obsessive 80s synth pop phase and come out the other side a mature artist: keen on collaboration, comfortable with transformation and capable of surprising at any point.

No matter how you discover him, don’t try to put San Joseph in a box – he’ll climb straight out.