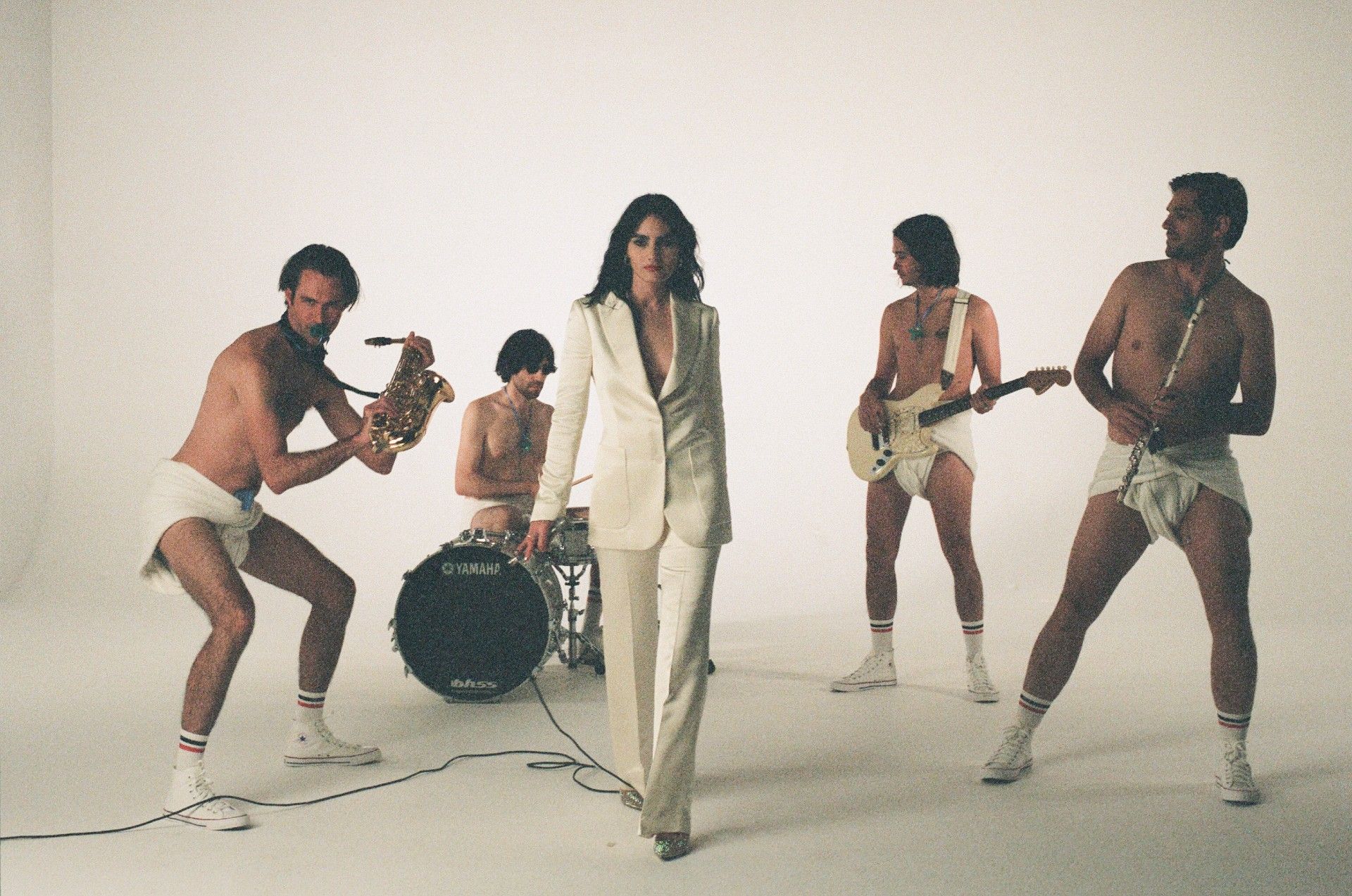 izzi is the culmination of a period of introspection and upheaval. It’s the most daring, personal and true work to date from an artist over ten years deep into a storied, artistic career. Making the split to go solo and stepping into her own as a mother, wife and artist, izzi represents a kind of (re)birth for Isabella, with all the love, trepidation, guts, and eventual catharsis such an evolution entails.
“This album has been unique in that it felt like an exploration and development of a new artist and also the culmination of a decade’s vision. It is like a beginning and an ending in that sense. That’s why I called it izzi. izzi was the chrome-wheel-spinning character onstage when I was with The Preatures. I wanted to capture her essence but also create space for my true adult self to have longevity and move beyond her if I needed to. I am izzi but she is not me.” says Isabella.

The second single ‘Naive’, is about the beginning of things, the sweet miracle, before the bone-dry reality of the log hits you. A sparkly little fairytale inspired by Isabella falling in love again and wanting to live a rich life as a mother and wife, as well as an artist. Accompanying the single, is the official video directed by Rowena Rasmussen who latched on to the idea of how these two seemingly separate worlds of Isabella’s life – motherhood and being a rockstar – intersect and overlap with each other.

On one level izzi is a record about regret, revival and renewal, but on another is a love letter to life as a performing artist. Told through the lens of modern pop with classic songwriting and Isabella’s finesse as a singer and lyricist, it’s a deeply touching, inspired missive from a familiar voice in the Australian landscape.

Working with other women was a big part of how the record evolved. The initial co-writes with Emma Louise led to an enduring friendship as well as the songs ‘Sleepwalking’, ‘Seasons Change’, and ‘Only Child’. Lucy Taylor (Dua Lipa) co-wrote ‘Living in the Wind’ (and that’s her playing flute too!).

Isabella formed a band to cut the singles ‘Jealousy’, ‘One Hit Wonder’ and ‘Naive’ in Sydney, with producer Chris Collins. Enlisting an all-star line-up of musicians that included Stella Mozgawa(Warpaint) on drums, Mikey di Francesco (Touch Sensitive) on bass, and Kirin J Callinan on guitar made for a true local rhythm machine. And at the 11th hour, ‘Naive’ was elevated by the contribution of Pricie’s verse.

As the collection came to life, cult US producer, songwriter and guitarist Jonathan Wilson (Father John Misty, Angel Olsen) was enlisted to co-produce six of the record’s ten cuts. In peak pandemic lockdown, Wilson, with multi-instrumentalists Jeffertitti Moon and Drew Erickson acted as Isabella’s other band across the Pacific; tasked with folding Isabella’s reverence for Americana and Laurel Canyon (where several of the songs were conceived) into the mix. Working out of Wilson’s Fivestar Studio in Topanga, California, they brought a deep musicality to the record and a spirit inherent in the songs that may have otherwise bubbled under. For the finishing touches and mixing of the record, things came full circle back to Sydney, where Isabella worked with Tony Buchen(who produced The Preatures’ first EP Shaking Hands) and Eric J Dubowsky.

And so here in our hands we have izzi, the expression of Isabella Manfredi as an artist, a woman, an individual – crystalised, metamorphosised, with the birth of her first child. The duality of having arrived at peace and in her power as a solo artist, whilst living selflessly for a child, expressed in her debut solo album.

2. Living In the Wind