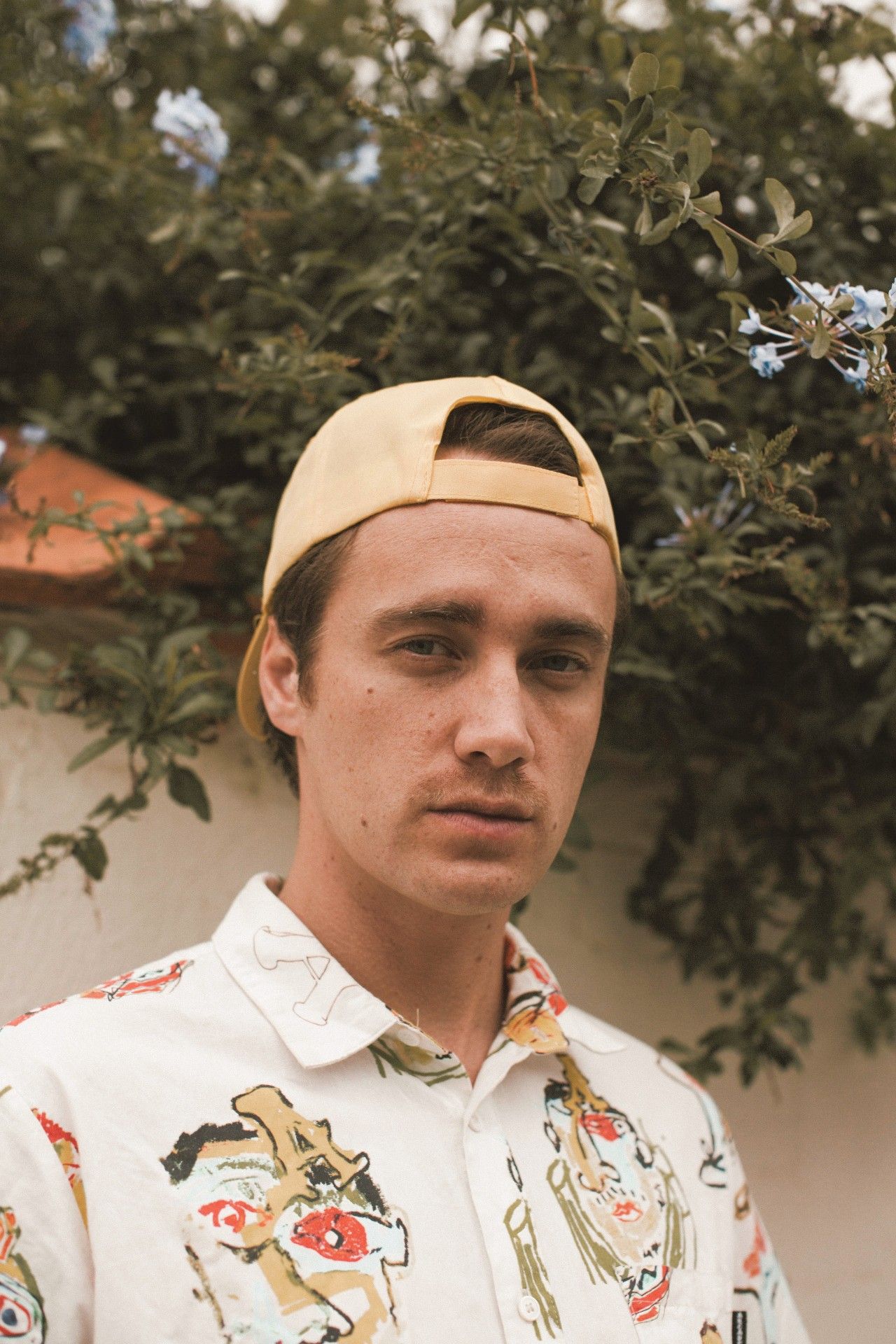 Professional skateboarder-turned-musician Lakyn brings out the sunshine with his cruisy summer track ‘Good Can Come From The Garden’.

The music Lakyn writes is founded on fleeting beautiful moments. Ever since his journey in songwriting began the Auckland born, now Melbourne-based artist has jotted notes in his phone. From snippets of conversation between friends to existential thoughts whilst gazing into the night sky, Lakyn has forever kept phrases that strike a chord.

On his latest record, the musician digs deep into his scattered archive, piecing together a clinic in stripped-back acoustics. ‘Good Can Come From The Garden’ is a tale of consequence, an ode to letting nature take its course. Here, less is more. Made up of potent guitar licks, summery synths, and his svelte choral ability, this one literally sounds like lying in a meadow under the sun.

Inspired by a realisation that we can all find light in darkness, Lakyn sings heartfeltly about difficult times throughout his life that in the end contributed to feelings of contentment. After a broken ankle derailed his career in skateboarding, Lakyn decided to pick up the guitar while it healed. The rest is history. In the very first words from his mouth, “highlights of the lowlifes” we learn a valuable lesson to always keep our heads up and strive forward, no matter what the circumstances.

When asked about this latest single, the musician is quick to respond, “for over two years, I was happy simply because I’d recorded this song.” Created in Sydney at Forbes Street Studios alongside producer Carl Dimataga, Lakyn describes the process as “magical”. In what Carl coins the “Red Carpet Experience”, he played Lakyn a gorgeous bassline, hit record and left the booth. 15 minutes later, “Good Can Come From The Garden ” was written. Believing totally in Lakyn’s ability, he thrust the musician into a place of solace, encouraging him to make something happen. Thumbing through his collection of “hundreds of random memories”, Lakyn then delivered the track he’s most proud of.

Lakyn is synonymous with Australia’s genre-bending next generation; his 2018 EP ‘& Pains’, for example, moulding together textures of indie, R&B, hip-hop and pop. Since a skateboarding injury encouraged him to learn guitar, his music career captured attention with the release of singles ‘Wayfarer’, ‘Choir Boy’, ‘West’, ‘View Looks So Good’, ‘Sweet Days’ and ‘Superhuman’garnering over 18 million streams across DSPs. Lakyn will be returning to the stage next year, with news to come shortly of headline shows.  He has previously supported the likes of Vera Blue, Eves Karydas, LAUV and Eric Nam as well as headlined sold out shows in Sydney and Melbourne and played Isol-aid Festival last year.