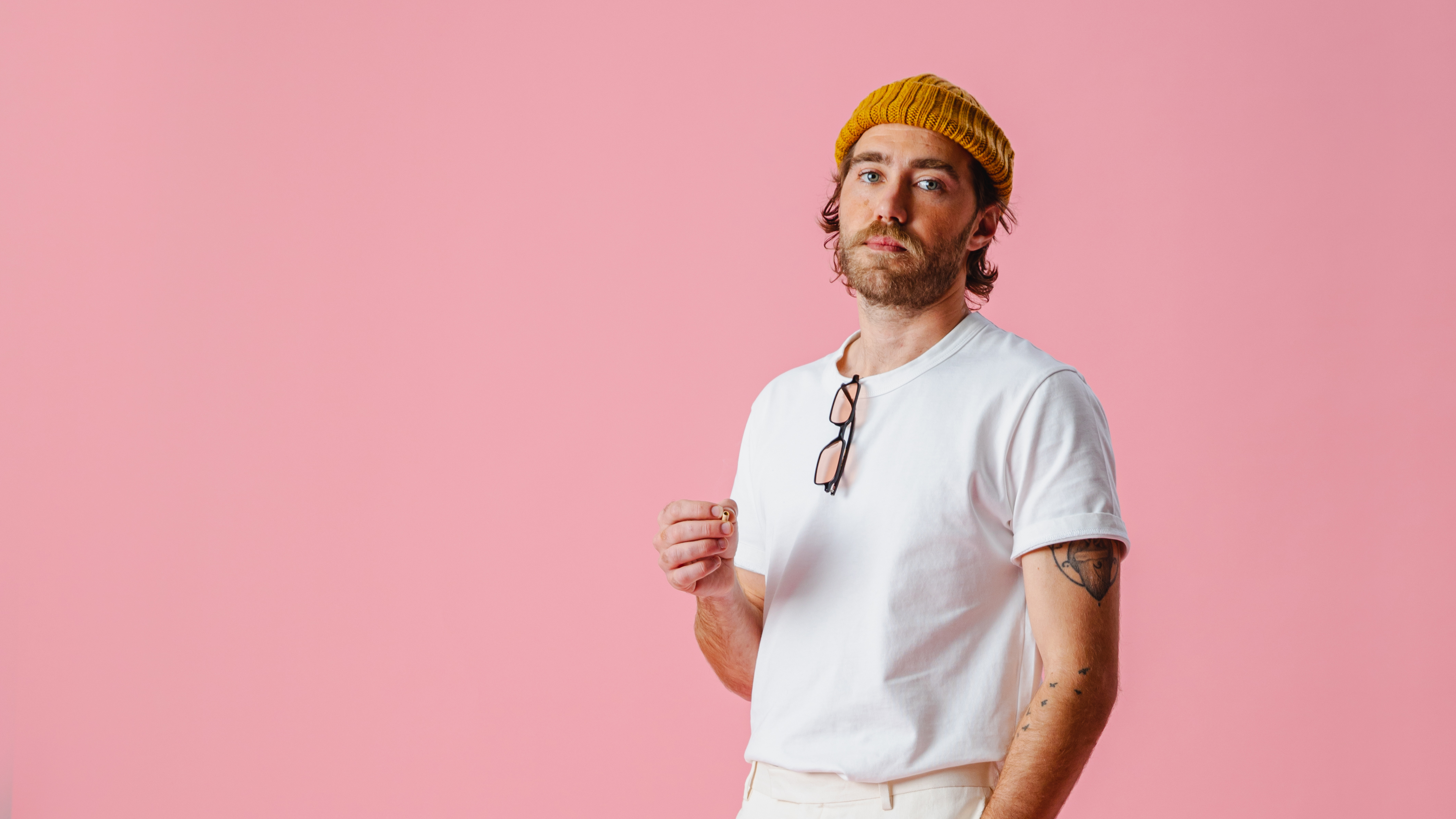 His first album in five years, Everything’s Fine vividly captures the personal and creative growth of Matt Corby who, like many, was tipped belly side up recently. Beyond the global touring pause, on the day he had planned to begin writing his next album Matt’s home was inundated with floodwaters. His family moved into Rainbow Valley Studios, where he juggled familial responsibilities with his creative pursuits – a one-of-a-kind pressure cooker circumstance that would galvanise his artistic evolution.

Firmly fixed on seeing the best of things, Matt reveals “I’m at a really beautiful point in my life. I’m accepting all this stuff: the good and the bad, but particularly the bad. Which is kind of great. It’s a good thing to come to that point. Life isn’t always magical, but the moments that are, well you really value them. I think this record is about that, about managing your actual reality. Sometimes I have those moments when you realise: well I’m still breathing, you still have the gift of life, so everything is fine I guess?”

The latest peek of Everything’s Fine arrives with the release of ‘Reelin’‘, a reflection of the push-and-pull dynamic of long-term romantic relationships. Propelled by warm horns and light percussion, Matt reflects on the cornerstone of every successful commitment: communication and compromise. Musically, what appears to be softly strung together is reflective of his latest, settled-down, life phase with sentiments like “Settle in for the healing” continue to see his voice captivate the world over.

‘Reelin’‘ follows Matt’s first release in two years, ‘Problems‘, embraced across triple j, Rolling Stone, NME, Tone Deaf, Music Feeds, iHeart Australia and more, praising his enhanced production craft. Soon with Everything’s Fine, Matt will reveal his most innovative, sonically adventurous and resonant album yet. Recorded at his Rainbow Valley Studios with Chris Collins (Gang of Youths, Middle Kids, Skegss), Matt Corby‘s third studio album picks up where his 2020 stand-alone singles, ‘If I Never Say A Word‘ and ‘Vitamin‘ left off, after his J Award-winning Rainbow Valley LP in 2019. In the time since, Matt announced the launch of his own independent record label, in between loaning his production expertise to work by Genesis Owusu, Jack River, Great Gable, Bud Rokesky and most recently, his award-winning collaboration with Budjerah.

‘Reelin’‘ is out now via Island Records Australia,
buy/stream it here.

“…bubbling R&B-influenced production, Corby sounding far away from the folk troubadour sound
of his earlier career; as woozy keys and groovy bass skim over the surface of “Problems”,
he sounds closer to the likes of D’Angelo…”
Rolling Stone

“The start of a new era, the crisp vocal seems to invite you to find the solution inside your own problems – he looks at how people tend to place obstacles in their way, and how this can be overcome”
Clash Music