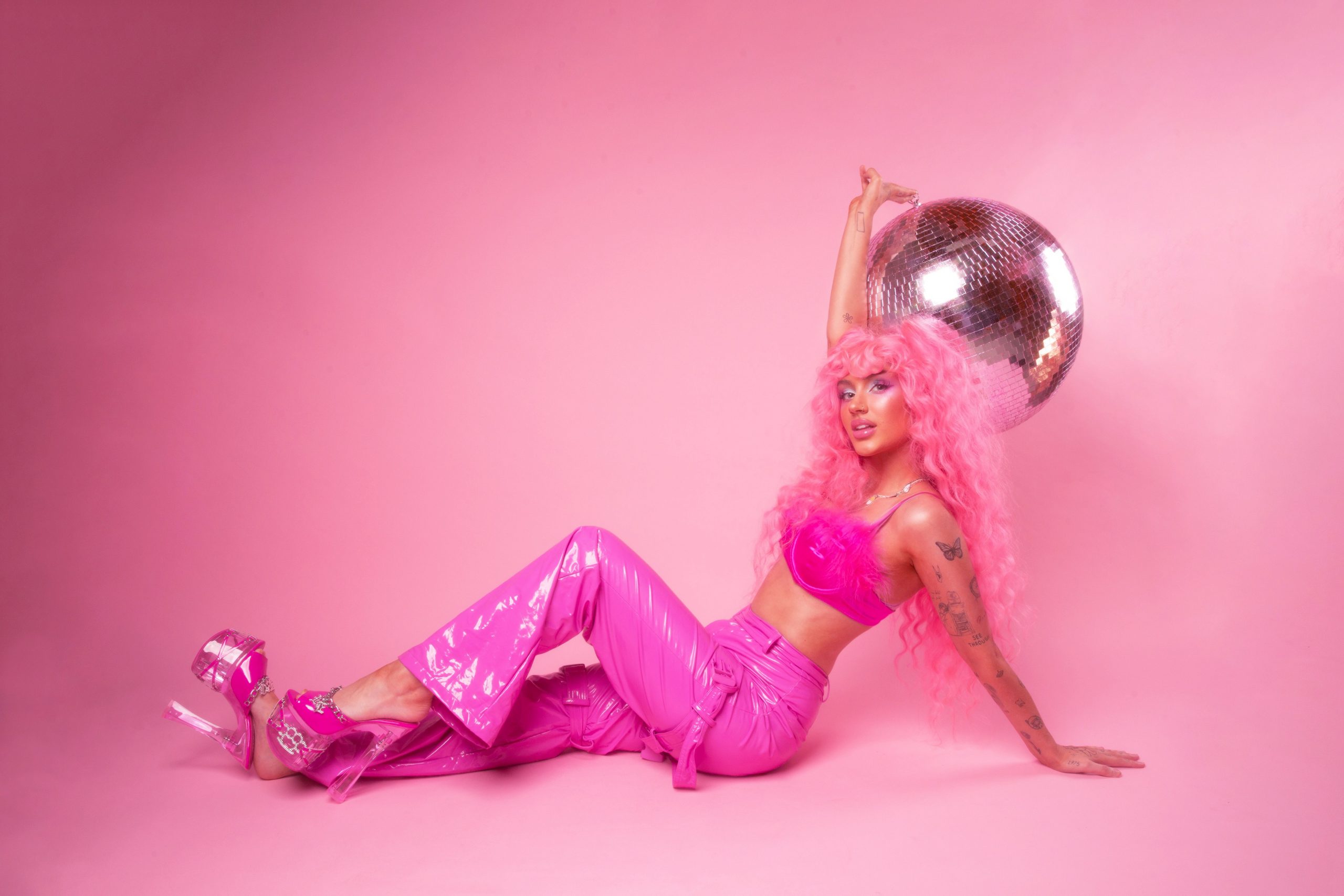 As an artist who is heavily into DIY; from creating her own artwork, merchandise and home studio recordings, her latest video offering shows the singer songwriter’s heavy involvement with the overall creative visuals of her project.

Peach PRC says. “I actually worked with Nima about 2-3 years ago and featured in the video for Oliver Helden’s song Melody. (I’m still the thumbnail and a little Peach dressed as a fox.. hahah). It’s at 35M views but it was my first sort of job I ever had in the music world.  I was asked to be in his videos a few times and remember always being on set imagining what it would be like to one day be in my own video. The reason I’ve learnt how to write video treatments is because I’ve read so many from Nima over the years and it’s why when I sent this one to him, he didn’t change a thing and allowed me full control.  Being back behind the camera with him, all these years later, with all these new songs of my own under my belt, is very much a full circle kind of moment.”

The ‘Forever Drunk’ video was filmed at the Fat Controller Club in Peach PRC’s hometown of Adelaide, while there supporting UK artist Yungblud on his Australia and New Zealand tour.

The Sydney-based showstopper will once again take to the stage for Australian festival’s Spilt Milk and Falls 2022 in the months to come.