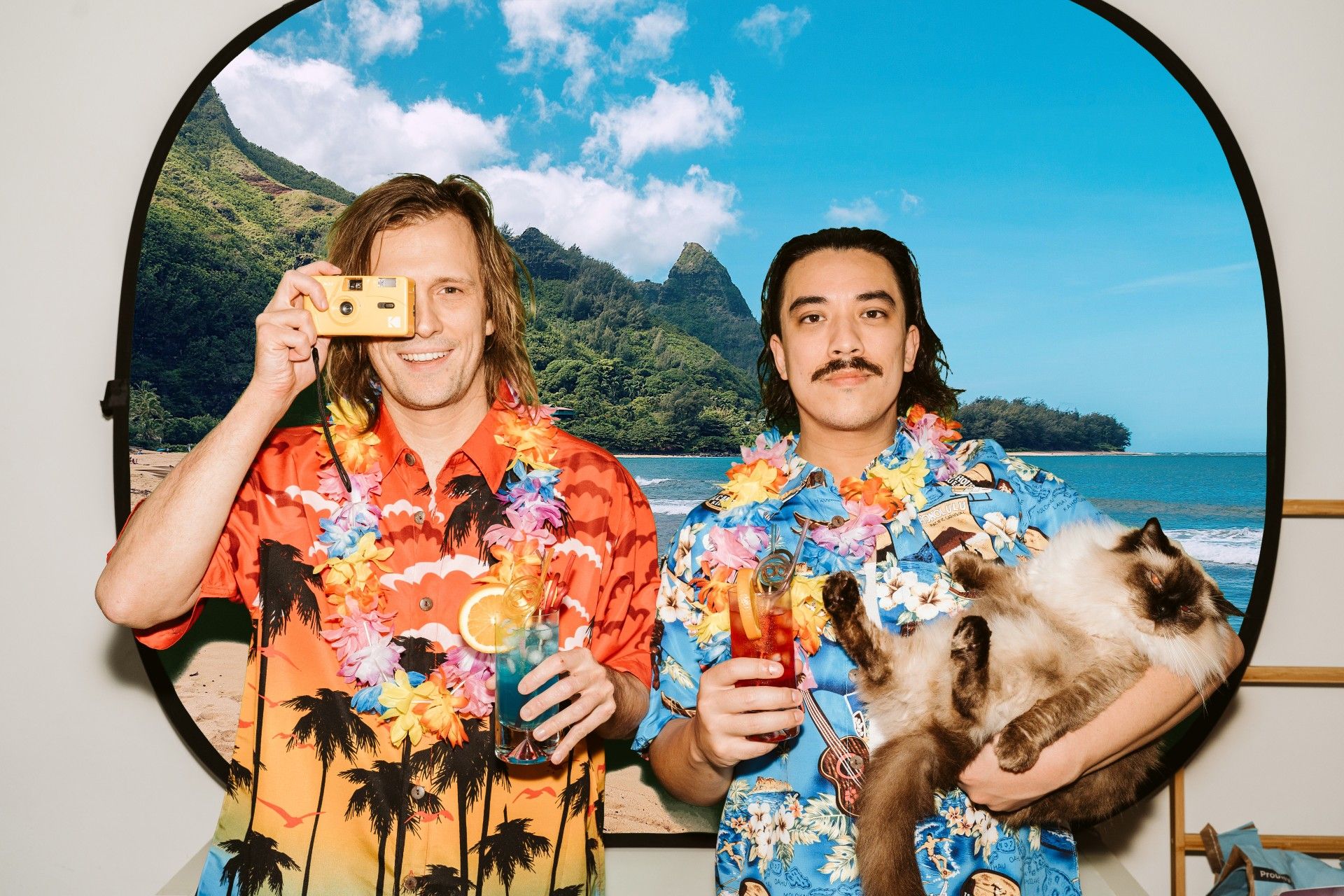 “Is it Hell or Kirribilli?” Polish Club are finding it harder to tell the difference. The new double A-side ‘Boys on Vacation/Bad Vibrations’ is out now, complete with copious amounts of frustration and condemnation. The latter of which will undoubtedly keep flowing with the announcement of their upcoming record Now We’re Cookin’ In Hell, out Friday June 10.

In a political climate where it is increasingly difficult to say something meaningful and have it be heard, what good can a rock band do? Almost certainly none, if we’re being honest, but it doesn’t mean it’s not worth trying. So here are Polish Club, trying to say something. And no one is more aware than singer Novak, “I think it’s inevitable that anger and political vitriol comes out in all artists’ music. I’m sure some full badass edgelord already has their unkempt fingers on their keyboards, ready to tell us that we should stick to ‘music’ and stay out of ‘things we don’t understand’. It’s none of my concern if anyone is unable to realise that essentially all music is inherently political, especially in a time where the entire industry has been left to die by the government.”

The Sydney two-piece-cum-four-piece have long been loud and abrasive, never once hesitating to scream and hit a little too hard on the drum skins. Yet there was always a relative level of interpretation required to get to the meaning of those strains. That is not the case with ‘Boys On Vacation’. It doesn’t take too many listens to figure out this song about a powerful man running away from his problems to bask in the Hawaiian sunshine. On ‘Bad Vibrations’, an aggressively sarcastic laundry list of things from trams that don’t fit tracks to ferries that are too high will sound ever so familiar to any Sydneysider. A coincidence? Probably not.

The two A sides, as with the other songs on Now We’re Cookin’ In Hell, were written during their sessions ahead of their 3rd LP Now We’re Cookin’. Having not been able to get them over the line at the time, the band regrouped immediately after the release of NWC and went back to the studio, this time at Golden Retriever in Sydney with long-time producer and bassist Wade Keighran.

With two of their angriest, rockingest songs under their shoulders, Polish Club are ready to drag you kicking and screaming into the voting booth. And with more to come on their record, they’ll see you in Hell…Now We’re Cookin’ In Hell  will also be available as a limited edition 180-gram red & yellow coloured vinyl, with a full menu of exclusive merch available from here.

Watch the ‘Boys on Vacation’ Visualiser: