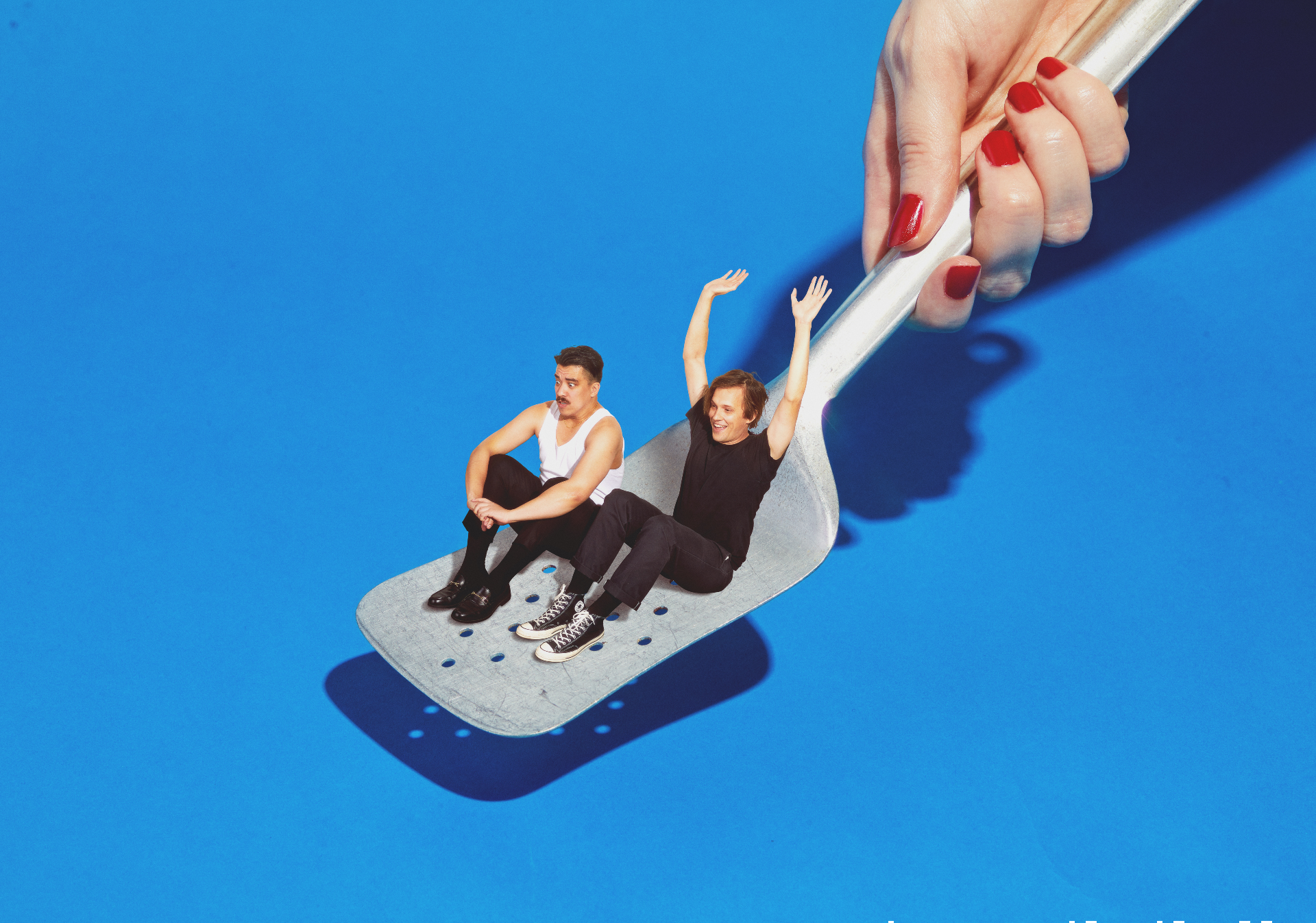 Today Polish Club have announced details of their hotly anticipated new album Now We’re Cookin’, as well as the release of ‘No Heaven’, the third single and video to be lifted from the forthcoming album.

Now We’re Cookin’ will be released on Friday July 23rd available as a limited-edition 180-gram solid blue coloured vinyl, with a full menu of exclusive merch.

In recent months, Polish Club’s Novak and JH have already shared album singles ‘Stop For A Minute’ and ‘JustTalking’ and with ‘No Heaven’, the duo deliver the all-in ballad that surges with layered guitars and washes of crash cymbal towards its final climax.

David Novak, the band’s lead vocalist and guitarist, says that for a group whose most beloved songs by the numbers are ballads, imagining Polish Club as pop writers was a big leap for some audiences. “It’s a visceral reaction when we write pop, because there’s still guitars there,” he says.

Arriving after a run of sold out shows in Melbourne and Brisbane, ‘No Heaven’ is accompanied by the official video directed by Luke Rodely.  Shot in one take, the monochrome clip displays the aching rawness of the explosive ballad.

With over 20.4 million streams globally and seven years as partners, the Sydney pair found themselves pumping out songs like a well-oiled machine during last year’s lockdown with perhaps a tad too much gusto. “We ended up writing about 90 songs,” Novak says, “30 the first time, and our manager didn’t go for any. Then we changed tack the second time and got a few more in, and by the last round…” “We were just writing straight hits,” JH offers. “Dave would bring something in and I’d be like ‘it needs more hooks.’ We were ruthless.”

Now We’re Cookin’ sparkles with immediacy, precisely because its ten songs have undergone such an intense period of crystallisation. “Just trim the fat,” says Novak of the process. “There’s no excess, there’s no fuckin’ two-minute outros.” The band remains unabashedly proud of treating their demoing like a production line. “I’m constantly pinging away, trying to find a way to write a hit,” JH admits. “By the end, all my references were pop and R&B. It was 400 tracks long and a wild ride.”

The duo opted to focus instead on what made each song a hit, rather than where it was supposed to fit. It’s a frankly glorious mess, held together by the undeniable aesthetic of the two Polskis playing it. “If you look like our Top 10 most played Spotify tracks there’s no consistency at all,” JH interjects. “There’s one really shiny one, one slow jam, one punk track.”

So refined was the writing that by the time the boys rocked up at The Grove, Sydney to record them with the venerable Scott Horscroft the music was pretty much fully formed, leading them to their first co-production credit.

Now We’re Cookin’ is arguably this inconsistency incarnate, a Polish Club for all seasons. According to Novak, that’s awesome. “If we did the same bluesy-soul shit album after album, it would be much harder to take inspiration or satisfaction from that. Repeating yourself doesn’t somehow mean you’re being more true to yourself. I think it’s the opposite; you’re just being lazy.”