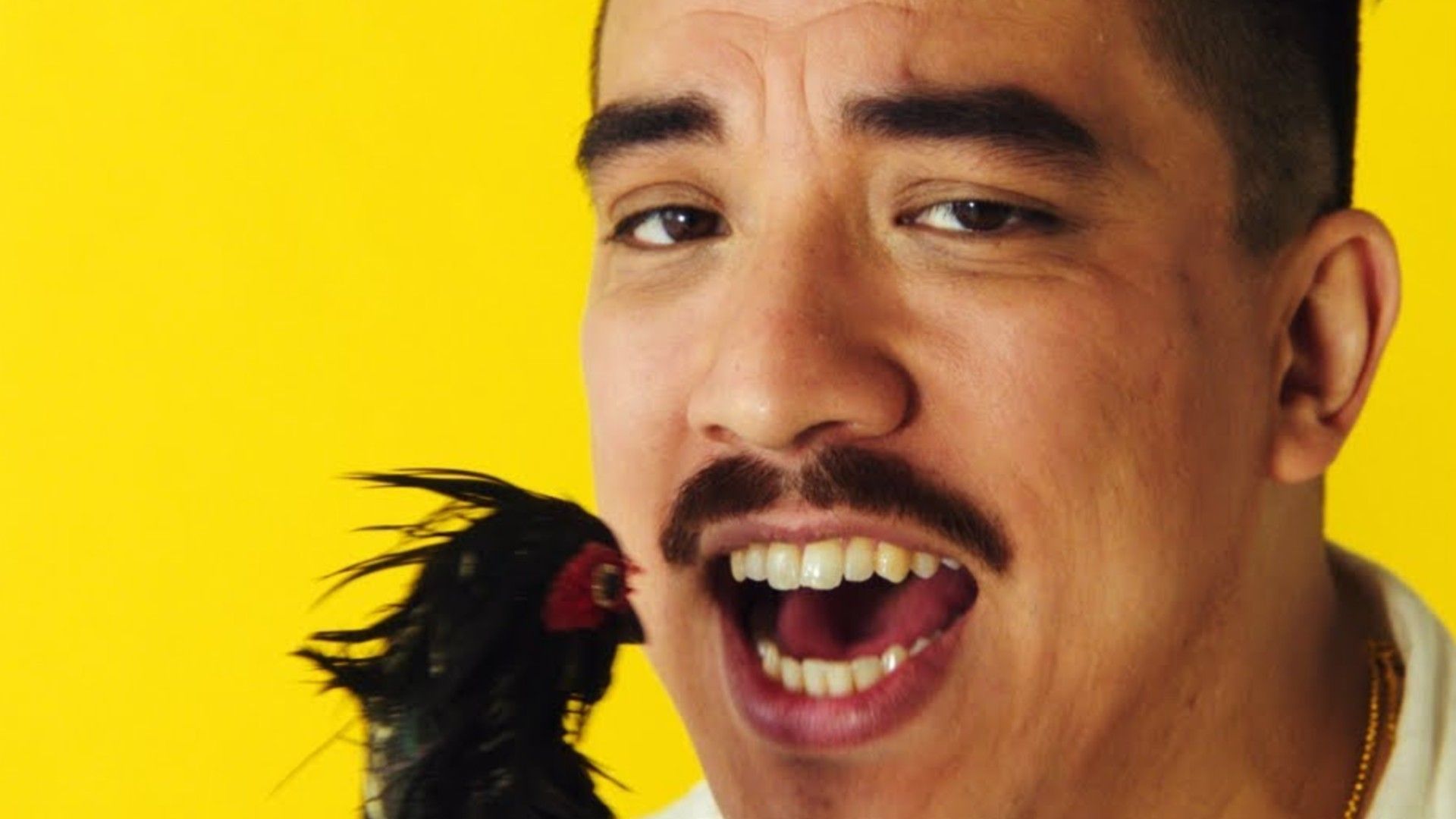 With its simple concept, the new video from Sydney two-piece Polish Club is frantic. The video for ‘Just Talking’ draws inspiration from a 90’s music video with its quick cuts and popping primary colours.

Nathan says of the clip, “We talked about making something that felt quite tactile, that might shock people a little at times, that lead to looking at those cringe OCD compilation videos on YouTube and eventually to a more stylized version of that, combined with a gentle merging of these elements into the band’s performance. There was also this idea of anti-continuity which I guess we see when things randomly appear and disappear in the video.”

Novak reflected fondly upon the experience, “The weird thing about video shoots compared to recording music is how there is usually some sort of catering involved. You can go two days straight in a music studio without anyone mentioning food, but as soon as we step into a music video shoot, there’s a whole damn table. It’s a real treat. And to make things even better this time around, there were several fun shots that involved actual food, so there was probably double the amount at this one. Not only did Tim make a baller video, he involved more food than usual, which gets a huge tick of approval from me. So thank you Director Tim Nathan for your creative vision, and thank you Producer Georgia Creer for baking such delicious cakes.”