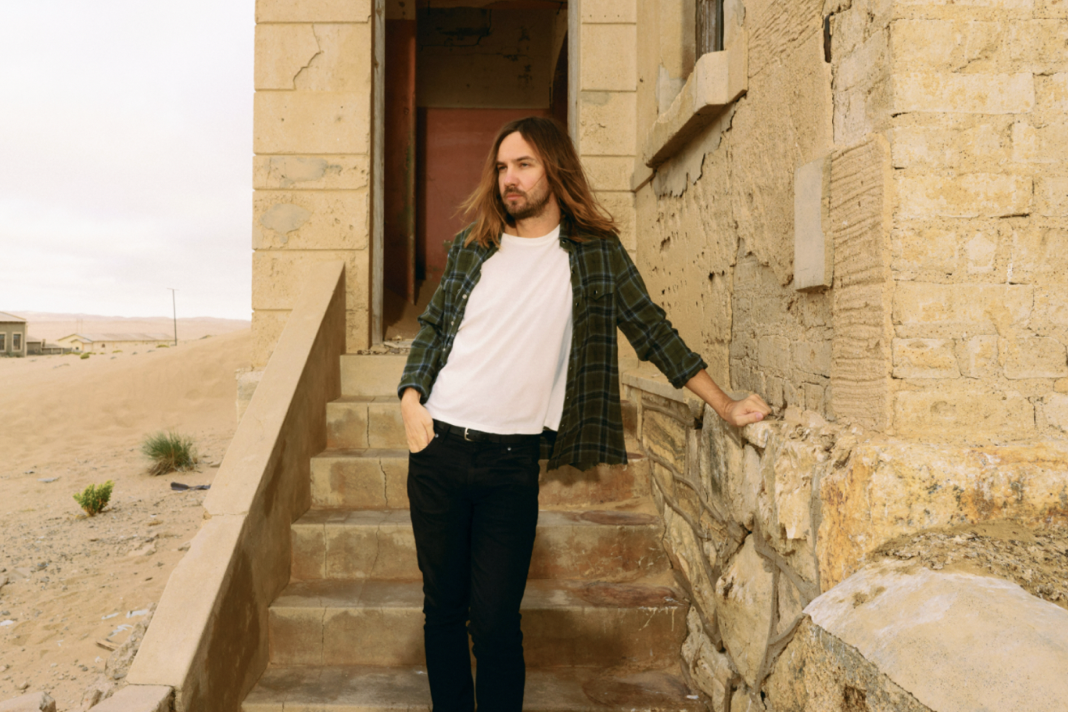 To celebrate the 10th anniversary of its release, Tame Impala presents a deluxe, 4LP reissue of the debut album InnerSpeaker. Recorded in 2009 in Western Australia, InnerSpeaker was Parker’s first full length missive and an explosive invitation into what would become his inimitable psych-tinged world.

This expanded deluxe edition of the album features the singles Solitude Is Bliss, Lucidity, Expectation amongst the original album track list, plus:
– A collage of album sketches
– An unearthed, side-long jam
– New mixes of tracks off the original album
– Instrumentals
– A deluxe 40-page booklet

InnerSpeaker’s artwork is by Leif Podhajsky, and the album was mixed by Dave Fridmann.

Released in 2010 to international acclaim, InnerSpeaker won the J Award Australian Album of the Year, Rolling Stone’s Album of the Year and received multiple ARIA Award nominations.  triple j called it a “spiralling, trippy adventure”, while Pitchfork remarked, “it’s difficult to be so plugged-in to a vintage feel without the music seeming time-capsuled, but the band’s vibrance help these songs sound very much alive.”

Repressed for the first time since its release in February this year, on Friday 18 December, The Slow Rush will be available for the first time on a new limited edition 180 gram creamy white vinyl.  With The Slow Rush, Parker scored his second #1 album in Australia – the highest selling Australian artist album in 2020 to date, his highest charting album to date in both the US and UK, and 14 top 10 chart positions around the world.  Last month, Parker was nominated for seven ARIA Awards including Album of the Year, Best Group, Best Pop Release, Best Rock Album, Best Engineer and Best Producer.

The news follows on from Tame Impala’s recent performance for BBC Radio 1’s Annie Mac Session of Is It True and a cover of Nelly Furtado’s Say It Right.   Recent visual feasts also include Elephant and Is It True captured for FIFA 2021, a performance as ‘Tame Impala Soundsystem’ for NPR Tiny Desk and Borderline for Jimmy Fallon Live.

Parker has also recently shared Blood Orange’s remix of Borderline, Four Tet’s remix Is It True, and his remix of 070 Shake’s Guilty Conscience. This year, he has collaborated with Mike Skinner on The Streets track, Call My Phone Thinking I’m Doing Nothing Better and together with Oneohtrix Point Never, he contributed to The Weeknd’s latest album, After Hours.

Tame Impala first toured the U.S. in 2010, playing small clubs for crowds of 200. A handful of trips to the U.S. later and thanks to the ravenous demand of fans for a transcendent live performance, Tame Impala has gone on to headline festivals and theatres around the world and release four full length albums – InnerSpeaker, Lonerism, Currents and The Slow Rush. As a writer and producer Parker has collaborated with Travis Scott, SZA, Lady Gaga, Mark Ronson, Kanye West, Kali Uchis, Theophilus London, Miguel, A$AP Rocky and more.