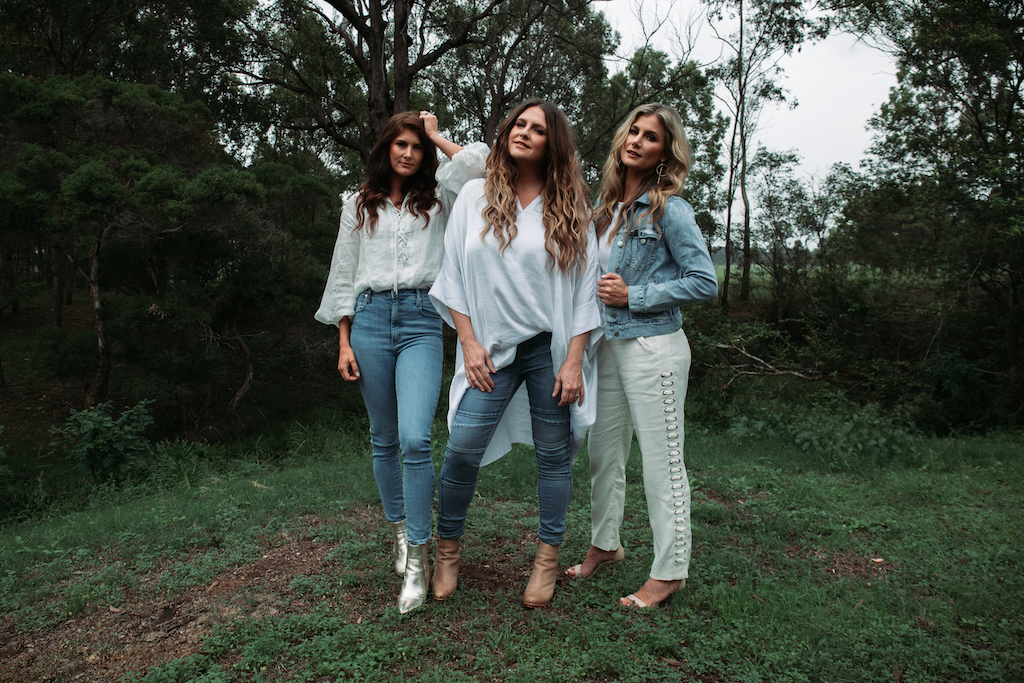 Set to perform tonight at Tamworth Regional Entertainment & Conference Centre, Australia’s most loved and celebrated country-pop group The McClymonts today share the video for current single ‘Looking For Perfect’, lifted from their sixth studio album Mayhem to Madness. The album debuted #3 on the ARIA Album Chart and was recently announced as the second top selling Australian country album of 2020.

For the ‘Looking For Perfect’ official video, Sam, Mollie and Brooke McClymont returned to director onil Kotian who also shot the video for their #1 Country Radio Single ‘Free Fall’.

“Onil came up with a great concept of following a real couple in their everyday life for a few days. He captured the beauty and the ups and downs that comes with being in a “perfect” relationship.“

Onil says of the video, “Looking For Perfect’ is a track that I immediately envisioned to depict the beauty of the small moments that add up to become the most meaningful in any relationship. Be it the simple touch of hands or the solitary contemplation, it’s the amalgamation of life’s most effortless moments that seem to possess the most relatability – which we then set out to capture for this music video with a real couple (Sarah & Gab), who embodied the sentiment in the song.”

‘Looking For Perfect’ is one of gentler tracks off Mayhem to Madness with Brooke delivering a raspy fragility on lead vocals. Co-written by the McClymonts, the single is produced by Mayhem to Madness album producer Andy Mak.

The McClymonts explain, “In the world of social media, we think we have to be perfect with the way we look, act and what we say. In reality, it’s our imperfections that make us beautiful and accepting someone else’s flaws makes for the best relationship.”

Mayhem to Madness has achieved additions to pop playlist and commercial radio, acclaim from a cross section of music genre publications, a nomination for the 2020 ARIA Awards for Best Country Album and given The McClymonts their 18th #1 Australian Country airplay hit.

“delivering an album of pristine country pop that could be carved from the early years of Taylor Swift or Kacey Musgraves.” – JUNKEE – Best Albums of 2020, so far