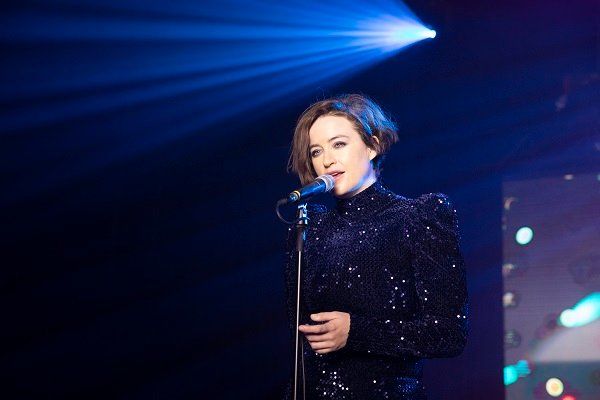 Brisbane local, Megan Washington delivers an emotive interpretation of iconic Brisbane band Powderfinger’s ‘My Happiness’. Released last week across all Digital Platforms, the new rendition is currently being used for Brisbane. Even Better With You, an interstate domestic tourism campaign for Megan’s hometown.

Highlighting the appealing new attributes of the city, the campaign is led by a vibrant television commercial with the soundtrack of Megan’s ever so recognisable lush vocals. Capturing the essence of the dynamic city, the TV commercial also features Megan performing at Brisbane’s Fortitude Music Hall.

“This cover came together in a totally organic way – a real collaboration and classic Brisbo vibe. The lyrics are just so tender so I loved taking the rock legend energy of the original to a quieter, more reflective place. It makes me think of my family, and home, “ says Megan.

With the campaign running in Brisbane last year, the commercial has expanded to include Sydney, Melbourne, regional New South Wales, Gold Coast, Adelaide, Canberra and Hobart. Delivered by Brisbane Economic Development Agency, with support from Tourism and Events Queensland and Brisbane Airport Corporation, the campaign will run throughout the month of March and will include TV, Radio and Outdoor Advertising.

‘My Happiness’ was recently voted the No. 1 song of the decade on Double J’s Top 100 songs of the Decade.

Last year, Award winning WASHINGTON received glowing reviews across the country with the release of her third studio album, Batflowers. The LP was chosen as one of the Best Australian Albums of 2020 by The Guardian, is shortlisted for the AMP Awards, Rolling Stone Readers Award and won the 2020 ARIA Award for Best Cover with She Is Aphrodite Adam Dal Pozzo. (Adam was also behind all the visuals for the live show). Megan was also one of the finalists for Double J’s Australian Artist of the Year and most recently announced, the song Batflowers is shortlisted for the prestigious Vanda & Young’s Song Competition.