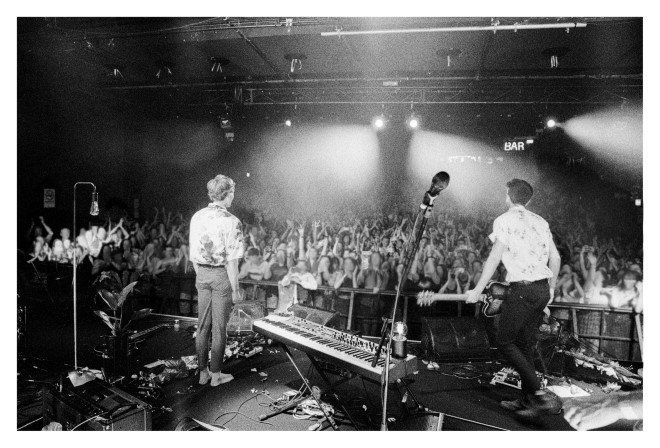 Sydney duo Winterbourne are erupting into 2021 with their first venture into the world of cinema, ‘Revolutionary, Film’. The movie, which derives its name from the opening track of the band’s debut album, will premiere in March at three vintage cinemas along the East Coast of Australia. During these premieres, the duo will also make an in-person appearance to chat with the audience and perform new and unheard songs.

‘Revolutionary, Film’ also heralds the arrival of Winterbourne’s first live album, ‘A Brand New November’ which was recorded during the sold out Echo Of Youth national tour and soundtracks the film. The album will be released April 16th, with the first single ‘Steady My Bones’ out today.

Written, directed, edited and produced by the band themselves, ‘Revolutionary, Film’ is a 90 minute manifestation of band-mates James Draper and Jordan Brady’s collective state of mind leading up to, during, and resulting from their debut album release and subsequent sold out show at Sydney’s Metro Theatre. Sections of the show are interwoven with a running fictional commentary as the pair make their way from a live performance in Pitt St Mall to The Metro Theatre, grappling with questions of ambition, nostalgia, reflection and of course, revolution, along the way.

“We didn’t want to make a live show documentary about ourselves because we might be the only ones who’d watch it,” says James from Winterbourne. “But we’ve always had this idea of drawing a line between Pitt St Mall and the Metro Theatre because they’re on the same street but worlds apart”

The band spent most of 2020 working on the project. With live music coming to a halt last year, ‘Revolutionary, Film’ is a welcome and immersive journey into the world of an Australian band on the rise. The highs of which they say they too often treat with cynicism rather than appreciation.

“It’s impossible to appreciate the moment while you’re in it,” continues Jordan. “We’re constantly annoyed about that. So I guess the film tries to take us back and allows us to look around and figure out what the hell it all means.”