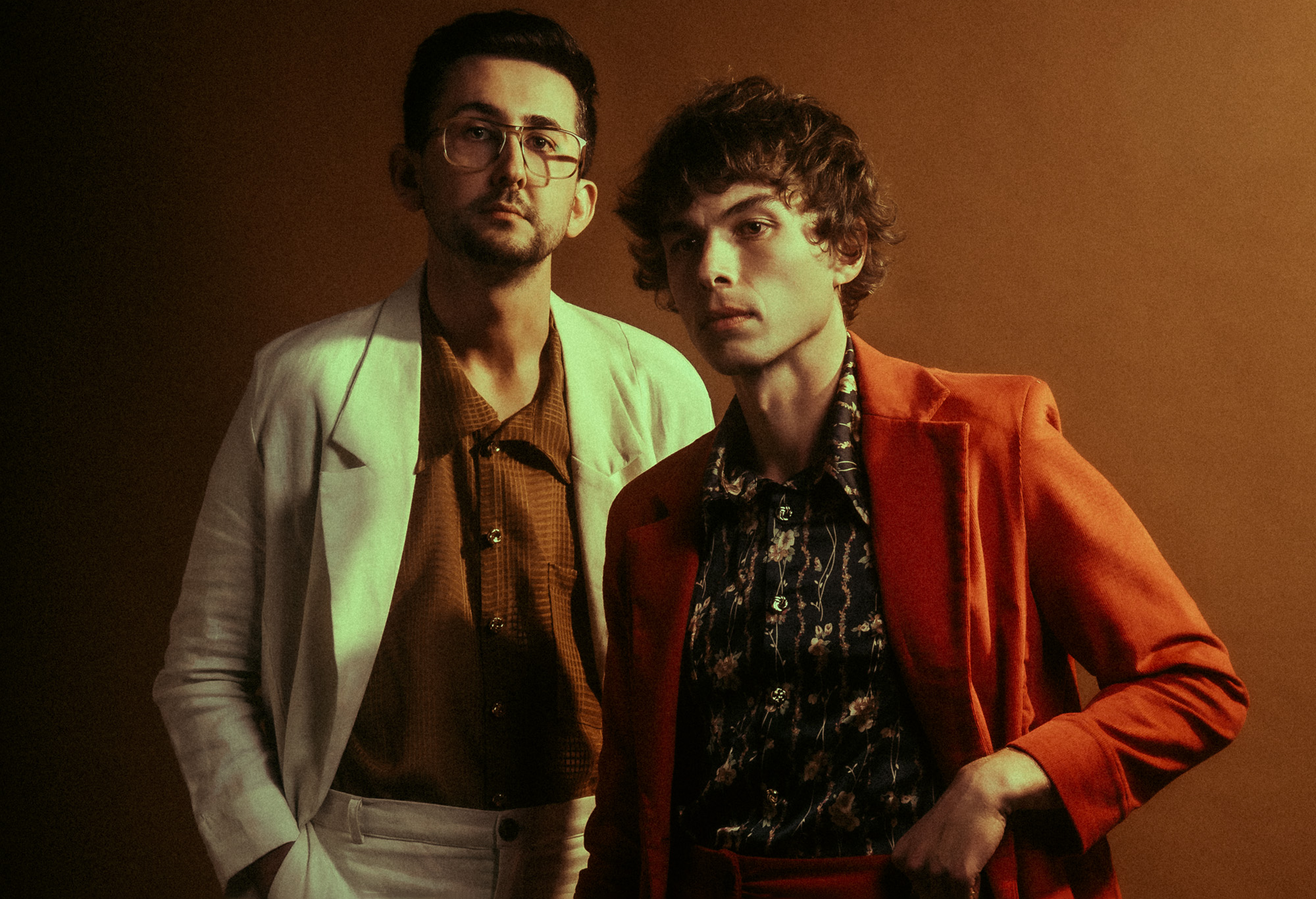 Winterbourne are returning today with ‘Long Distance Runner’ – the first new single since the release of their 2019 debut album Echo Of Youth.

Produced by Winterbourne and mixed by Barny Barnicott (Sam Fender, Arctic Monkeys, The Temper Trap), ‘Long Distance Runner’ serves as the band’s introduction to the fictional setting that their new sound inhabits.

With the abrupt halt to touring at the start of 2020, Winterbourne engaged closer with their recording process resulting in an expansion of their sound reaching new heights in the most organic way possible. ‘Long Distance Runner’ is Winterbourne at their enigmatic best, with an element of darkness and foreboding lingering amongst the light-hearted melodies and catchy riffs; it is the acceptance of a challenge and the decision to move forward, while navigating between moments of chaos and harmony.

Winterbourne’s strength on stage is bolstered by their flair and love for all things creative in and around the Winterbourne brand, resulting in the creation of many stunning works of art that reinforce the Winterbourne image. ‘Long Distance Runner’ music video is another example of this. It was written, produced, and edited entirely by Winterbourne and shot over a 9-months period, with the collaboration of cinematographers Bradley Murnane and Nyssa Mitchell.

“This video was going to be the first anyone saw of the new aesthetic” – says James and Jordan – “and we knew that we wanted it to come out at the same time as the song, so it needed to match perfectly. We built and lit scenes ourselves, and filmed across three states in the Gold Coast, Melbourne and at a home on the Central Coast. We enlisted the help of our longtime collaborator Bradley Murnane to shoot the Gold Coast scenes and Nyssa Mitchell to shoot the Labassa Mansion scenes with us. We visited Anna Cordell in Melbourne, whose clothes perfectly fit the aesthetic we were after. The first running scenes were filmed in September 2021 out the back of our van and the final shots and editing done in June 2022.”

With a growing 37 million global streams to their name, Winterbourne pride themselves on their live act. On stage, James and Jordan are a refreshingly unique and energetic exhibition of musical tightness and indulgent banter – a style that they have honed through many years of continuous touring and friendship. The band has played to packed theatre venues across Australia, selling out numerous National Tours, toured multiple times the UK and Europe and appeared on the stage at notable international festivals including Reeperbahn Festival in Germany and Break Out West Festival in Canada.

During 2021, Winterbourne launched into their first venture in the world of cinema, with ‘Revolutionary, Film’. The movie, based upon their 2019 Echo Of Youth Tour, premiered to sold out vintage cinemas along the East Coast of Australia and was written, directed, edited and produced by James and Jordan. The 90 min movie grappled with questions of ambition, nostalgia, reflection and of course, revolution, along the way. The film precluded the release of a live album entitled A Brand New November (2021).