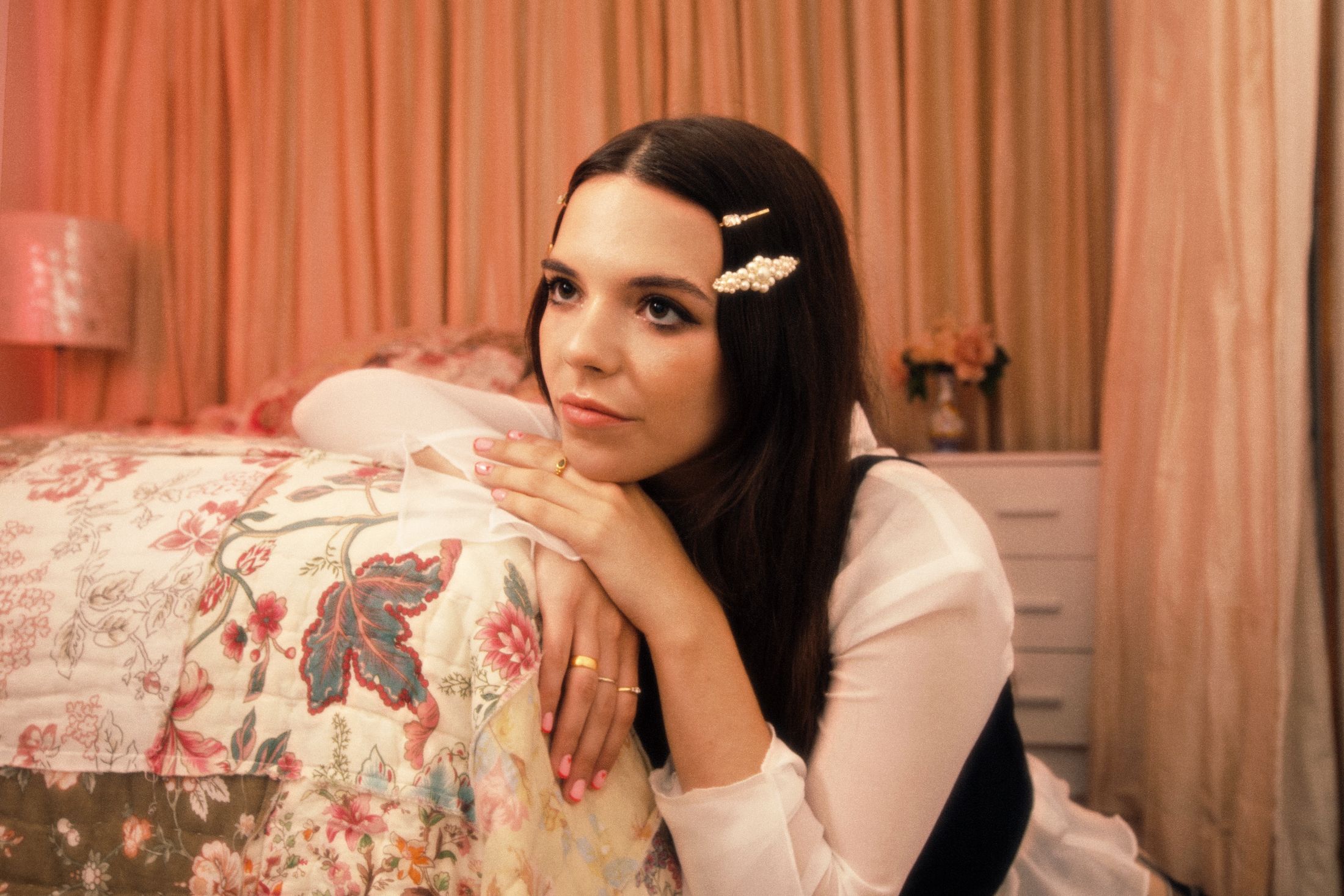 Yorke shares the latest taste from her forthcoming EP ten feet tall (out Friday Dec 2nd); her new single ‘when the honeymoon is over’.  The release coincides with the announcement Yorke will be touring her new EP next year with headline shows in Melbourne, Sydney and Brisbane.

‘when the honeymoon is over’ is one of the gutsiest, most thrilling pop songs Yorke has ever written and is one of 5 starkly personal tracks that will appear on ten feet tall including previous singles ‘i’ll keep driving’ and ‘next life’. The EP constantly searches for optimism even in its darkest moments, climbing towards it with vivid songwriting and heart-rendering melodies, each song brighter than its predecessor. You can pre-save the EP here.

Today’s release arrives as Yorke once again prepares to hit the stage with Peach PRC for the pop artist’s sold-out Melbourne Show on Friday night at Max Watt’s.

Given its first play on triple j’s Good Nights, ‘when the honeymoon is over’ is accompanied by an official video.

Watch the official video for ‘when the honeymoon is over’ here:

ten feet tall is Yorke’s first extended play release since her 2020 debut EP Liberois, which included singles ‘First Light’ and ‘Thought I Could’. Her new body of work is a creative leap forward for the Australian artist who has been steadily building a cohesive, individual sound. This project is an amalgamation of love, heartbreak, and personal growth told through pulsating, supercharged pop songs.

Now based in Melbourne, Yorke’s life over the past few years has faced some major shake-ups and that narrative unfolds as the EP progresses. Change is the biggest motif and it’s expressed through stories of “maturity, life lessons, heartbreak, falling in love and moving states.”

“I picture every song on the EP as its own story,” Yorke says. “Each song takes you on a journey when listened to alone, and then together, they narrate a big part of my life in the past few years.”

Songs on the EP are so close to Yorke’s heart that she’s been meticulous in how they have been brought to life visually. As she moved to Melbourne in 2021, she was thrust straight into lockdown so she used the time to build her first music video set for single ‘Window Shopping’ with her partner and director Kyle Caulfield. She wanted to intentionally avoid the “lockdown video” vibe which had become synonymous with releases at the time.

Enthused by the creative control it gave them, the pair took on the major task once again for the ‘when the honeymoon is over’ video. It took a month of long days and nights with countless trips to Bunnings to pull it off but it worked.

The clip revolves around The Honeymoon Hotel, a visual metaphor for “the mystique and unknown about falling in love,” as Kyle Caulfield says. The video synthesises the visuals from previous single ‘next life’ and ‘i’ll keep driving’, paying justice to the EP’s strong narrative. If you look closely, you’ll find visual easter eggs like the red heart balloons which are also hidden in the ‘i’ll keep driving’ visualizer and cover art.

Kyle explains further, “Love can sort of just sneak up on you at the least expected of times, these heart balloons are the visual metaphor for those feelings of love starting to introduce themselves into life, in a way that can’t be ignored.”

Since debuting on the Australian music scene, Yorke has experimented with different producers and subsequent pockets of pop music. ten feet tall, however, sees her work exclusively with Melbourne producer Jim Alxndr and the result is her most effortlessly stitched project yet.

Yorke has clocked up over 19 million streams, with single ‘Window Shopping’ reaching over 10 million streams alone. A remix of the track, which featured Arkansas duo joan, was picked up for airplay across Japanese radio, with fans creating their own lyric videos with user generated content. She’s also become a captivating performer supporting the likes of Peach PRC, Ruel, San Cisco, Amy Shark and Ball Park Music while also embarking on her own sold-out headline tour and festivals appearances such as For The Love Festival.

February 2023, Yorke will be headlining her own tour across the east coast with tickets onsale now