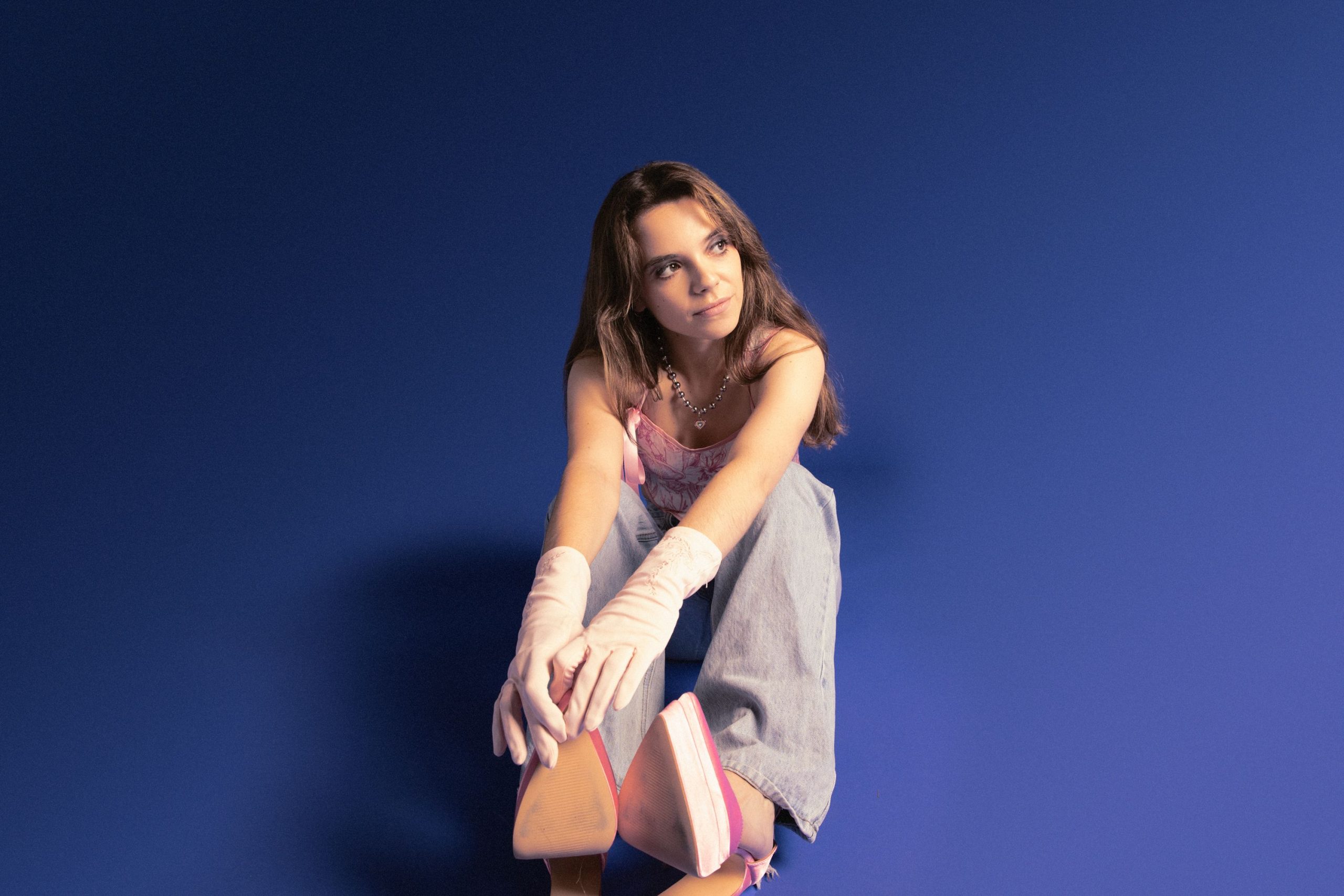 Today, the striking natural performer that is Yorke, unveils two new music videos and her second EP ten feet tall.  The releases coincide with today’s performance in the middle of George Street, Sydney as part of the YCK Fair.

The ten feet tall EP constantly searches for optimism even in its darkest moments, climbing towards it with vivid songwriting and heart-rendering melodies, each song brighter than its predecessor. Featuring 5 starkly personal tracks, today see’s the release of music visualisers for the two remaining unreleased singles, ‘like in the movies’ and the title track.

Created by Kyle Caulfield, Yorke says about the title track visualiser,” Whilst this visualiser is not in Kyle and I’s regular vein of big cinematic story line, the simple narrative behind it is beautiful. Being one of my favourite songs on the EP, and also the title track, I really wanted to create something that paid homage to all parts of the EP at once. A big theme throughout the body of work is grappling with the concept of home and realising how superfluous it can be. Another is growing up and realising that things aren’t as easy as you once thought. We wanted to touch on all of these little elements, and somewhat tie up the EP in a bow”

Both visualisers were shot around Yorke’s hometown of Byron Bay.

Watch The ‘like in the movies’ Official Video Here:

“We shot ‘like in the movies’ visualiser at the Bangalow Show, which is somewhere I frequented as a kid. I love how still the visual is, and how that honours the tracks meaning of realising you can’t write your own narrative. It suits it perfectly. Seeing as this track is the opener, watching these visuals in order would make a lot of sense now. It’s the song before the journey begins.” Says Yorke

ten feet tall is Yorke’s first extended play release since her 2020 debut EP Liberois, which included singles ‘First Light’ and ‘Thought I Could’. Her new body of work is a creative leap forward for the Australian artist who has been steadily building a cohesive, individual sound.

Since debuting on the Australian music scene, Yorke has experimented with different producers and subsequent pockets of pop music. ten feet tall, however, sees her work exclusively with Melbourne producer Jim Alxndr and the result is her most effortlessly stitched project yet as heard already in previously released singles ‘next life’, ‘when the honeymoon is over’ and ‘i’ll keep driving’.

Now based in Melbourne, Yorke’s life over the past few years has faced some major shake-ups and that narrative unfolds as the EP progresses. Change is the biggest motif and it’s expressed through stories of “maturity, life lessons, heartbreak, falling in love and moving states” told through pulsating, supercharged pop songs.

Yorke has clocked up over 21 million streams, with single ‘Window Shopping’ reaching over 12.4 million streams alone. A remix of the track, which featured Arkansas duo joan, was picked up for airplay across Japanese radio, with fans creating their own lyric videos with user generated content. She’s also become a captivating performer supporting the likes of Peach PRC, Ruel, San Cisco, Amy Shark and Ball Park Music while also embarking on her own sold-out headline tour and festivals appearances such as For The Love Festival.

February 2023, Yorke will be headlining her own tour across the east coast with tickets onsale now.